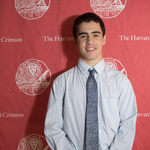 Staff writer Jonah S. Berger can be reached at jonah.berger@thecrimson.com.

Whether a one-size-fits-all multicultural center is preferable to more narrowly tailored and culturally specific spaces is a difficult question that administrators should allow students to solve — constrained by reasonable financial considerations. But the necessity of at least one such space is not debatable. And it cannot be pushed down the road any longer.

Ultimately, Harvard’s current strategy may come back to donors wanting their money to feel safe and closely looked after when they write a check to the University. Just like they might make the mistake of placing their individual assets in the psychologically safe hands of an active manager, they want the University to do the same. But it is Harvard’s responsibility to do what’s financially savvy above all else. And higher returns will surely speak loudest in the end.

To Pop the Harvard Bubble, the College Must Subsidize Students’ Public Transportation

Sitting in the middle of a vibrant metropolitan area teeming with history, culture, and attractions, Harvard students would benefit immensely from being better connected to their environs. Harvard itself needs to start showing its nearly 400-year-old hometown a bit more appreciation, whether that’s paying its fair share of taxes or not producing rapid gentrification in Allston. The University can start by giving students the ability to develop a love for the Boston area and a desire to stay here and make it better, rather than seeing the city through a purely transactional lens.

In Support of Low-Stakes, High-Impact Learning at Harvard

Many classes — either because they require sleepless nights of studying, turn out to be duds halfway through the semester, or are simply required courses that are unappealing to students in the first place — just don’t give students a feeling of deep fulfillment and joy. Of course, college isn’t supposed to be all fun and games. But to supplement the rigor and pain of the classroom, Harvard needs to help students pursue their passions outside of it.

One of the luxuries of a diploma from an elite school is that anxiety about being unemployed is not a primary factor in decision-making about post-graduate jobs, especially when the economy is on the upswing.  But a well-paying job versus a low-paying option is still a relevant contrast for most Harvard grads, just like it is for pretty much every member of the U.S. workforce.

The Case for Increasing Undergraduate Enrollment

Rather than adopting needed reforms like ending preferences for legacy students, the expansion would allow Harvard to tout its increased socioeconomic diversity without upsetting its most influential donors. Yet these reforms clearly aren’t in the offing, and we have no time to lose.

Dean of the Faculty of Arts and Sciences Claudine Gay emailed FAS affiliates Monday stating that she would support faculty who wanted to create an undergraduate concentration in ethnic studies and called for an “institutional commitment” to the discipline.

More than 30 students, faculty, and members of the public gathered at Harvard’s Arthur M. Sackler Museum Friday to commemorate a new art installation honoring those affected by the opioid epidemic.

The Faculty of Arts and Sciences mulled a proposal to call on Harvard to divest from its holdings in the fossil fuel industry at its monthly meeting Tuesday.

An individual protesting Harvard’s decision to deny tenure to Romance Languages and Literatures associate professor Lorgia García Peña stood silently inside the Faculty of Arts and Sciences meeting Tuesday while dozens of students demonstrated outside.

Vice Provost for Research Richard D. McCullough said that in recent years, Congress and federal funding agencies have imposed increased scrutiny of science research at Harvard and other research institutions.

The Faculty of Arts and Sciences is now giving faculty “mandatory training packets” on grant proposal disclosure responsibilities and will recommit to enforcing a rule that faculty submit their grant proposals early, Dean of Science Christopher W. Stubbs said in a Tuesday interview.

A woman accusing former Government professor Jorge I. Dominguez of sexual misconduct said she and three other women are “concerned” with the progress of Harvard’s external review into the circumstances that allowed Dominguez to perpetrate misconduct over four decades at the University.

Dean of the Faculty of Arts and Sciences Claudine Gay will soon launch a nationwide search for Harvard Athletics Director Robert L. Scalise’s successor, she said in an interview Wednesday.