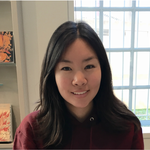 Between the fiscal years 2017 and 2018, the rate at which Harvard affiliates disclosed harassment to the Title IX Office increased 56 percent. The jump from 2018 to 2019 was more moderate: While 416 students made disclosures in 2018, 500 did so a year later.

As the University awaits the finalization of the Department of Education's prospective Title IX enforcement rule, its own policy-making efforts have ground to a halt.

A national sexual misconduct climate survey administered to universities across the country earlier this year revealed that most schools did not see a significant change in the prevalence of sexual assault compared with the incident rates four years ago.

Ninety-nine percent of Harvard College students have now completed this year’s edition of the school’s annual Title IX training module. The 2019-2020 academic year marks the second time that course enrollment has been tied to completion of the training module.

In the first year of a new effort to bolster civic engagement among Harvard students, volunteers with Harvard Votes Challenge — a student organization focused on increasing voter turnout at Harvard — helped eligible freshmen register to vote and update their voter registration status.

Harvard’s gender and sex-based harassment policies hang in the balance.

From Truffles to Title IX

Advocates of anonymous reporting — including the National Academies of Sciences, Engineering, and Medicine, which spearheaded a sexual misconduct climate collaborative in which Harvard is involved — say that anonymity helps to support victims.

Harvard's sexual misconduct climate survey, which is entering its third week, has received a response rate of more than 20 percent — already almost half of the survey’s total response rate in 2015.

The Association of American Universities released its second national sexual misconduct survey April 2 in collaboration with Westat — a research firm that faced employment discrimination charges in 2014.

Panelists, performers, and speakers at Harvard’s inaugural gender equity summit — Harvard Hears You — crossed the stage in the Smith Campus Center on Tuesday as onlookers passed through, staying for minutes or hours at the day-long event.