By Juliet E. Isselbacher and Amanda Y. Su 2 days ago

Roughly a third of undergraduates report favoring proposals to abolish or defund the Harvard University Police Department, according to a survey by The Crimson.

By Juliet E. Isselbacher 3 days ago

Dean of Harvard College Rakesh Khurana dismissed the work of Charles A. Murray ’65 as “discredited” in a Tuesday interview — a few days after Murray spoke at a controversial webinar for Harvard affiliates.

By Juliet E. Isselbacher and Amanda Y. Su 4 days ago

Dean of the College Rakesh Khurana said in a Tuesday interview that the success of Harvard’s residence program this semester has raised the possibility of bringing more students back to campus in the spring.

By Juliet E. Isselbacher and Amanda Y. Su 5 days ago

By Juliet E. Isselbacher 6 days ago

Charles A. Murray ’65 spoke to Harvard affiliates at a Friday webinar about his new book, which criticizes the idea that race and gender are social constructs. Faculty in attendance criticized his work, saying it makes unfounded claims and is rooted in flawed methodology.

By Juliet E. Isselbacher and Amanda Y. Su 10 days ago

Harvard sent home three freshmen living in Mather House last weekend after finding that they hosted a party in the house with at least three other guests last month, according to five freshmen on campus with knowledge of the matter.

Government Dept. Chair Apologizes for ‘Pain and Hurt’ in Wake of Gov 50 Allegations

Government department chair Jeffry A. Frieden acknowledged a history of student mistrust in the department and reiterated the concentration’s commitment to inclusion in a Friday email to colleagues, in the wake of allegations that Government 50: “Data” preceptor David D. Kane made racist blog posts under a pseudonym.

Harvard instructor David D. Kane will remain as preceptor for Government 50: “Data” and resume teaching duties on October 13, according to an email he sent out to students Tuesday night.

Gov 50 Students React to Allegations Against Instructor with Anger, Surprise

As the COVID-19 pandemic transforms on campus living, Harvard students are confronting a novel ethical dilemma: whether and how to inform on peers who violate public health guidelines. 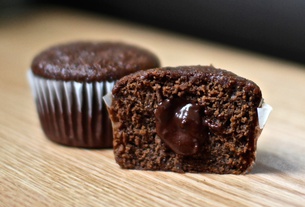