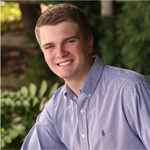 Aidan F. Ryan is the President of the 147th Guard. He can be reached at aidan.ryan@thecrimson.com. Follow him on Twitter @aidanfitzryan.

A Note to Readers

We miss working through the early hours each weekday morning to publish a print paper, but recognize that without a building full of Crimson staff to put it together and a bustling campus to read it, we better serve our readers by delivering the news online.

A student picks up a COVID-19 test in the Science Center tent.

At The Harvard Crimson, we condemn racism and reaffirm that Black lives matter. Our position as journalists in this historic moment demands that we fulfill our mission to report ethically and hold power accountable more than ever.

A Note to Readers

Today’s paper, the 36th produced by the 147th Guard of The Crimson, will likely be our last print edition this semester. Starting today, we will transition to an online-only operation and will continue to cover how these events impact Harvard.

Amid controversy over the tenure denial of associate professor Lorgia García Peña, University President Lawrence S. Bacow said he has never reversed a tenure decision during his time at Harvard, nor did he as president of Tufts.

More than a week after Harvard’s graduate students union began its indefinite strike, both University administrators and union negotiators have yet to schedule any new sessions to work toward a contract.

Bacow Says He ‘Respects’ Right to Protest, But Holds Firm on Divestment Position

Following a demonstration interrupting The Game, Bacow said in an interview last week that he “respects” the right to protest but opposes activists’ decision to disrupt the game.

University President Lawrence S. Bacow announced the creation of a University-wide initiative to address and further research the school’s ties to slavery in an email sent to Harvard affiliates Thursday.

University President Lawrence S. Bacow said in an interview last week that Harvard’s review of its gift policies is a “more substantial review” than has been previously conducted in light of a simultaneous inquiry into billionaire and convicted sex offender Jeffrey Epstein’s donations to the University.

University President Lawrence S. Bacow said in an interview Tuesday that it is “unclear” how quickly higher education legislation will make it through Congress given the ongoing impeachment inquiry into President Donald Trump.

University President Lawrence S. Bacow said in an interview Tuesday that Harvard’s graduate student union’s Dec. 3 strike deadline is “unnecessary” in light of ongoing negotiations between the union and University.

After months of lobbying lawmakers, University administrators are “pleased” with the changes in a new bill proposed by House Democrats to reauthorize the Higher Education Act of 1965.