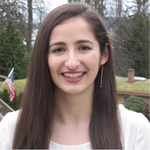 The summer renovation of Massachusetts Hall prevented University President Lawrence S. Bacow from immediately taking his rightful seat in the ancestral workspace of Harvard presidents past.

When visitors enter the newly opened Smith Campus Center, they'll walk past green, plant-covered walls before grabbing a cup of coffee and finding a comfy seat.

With Sunflowers and Snacks, Smith Center Opens Its Doors

Harvard affiliates and visitors crowded the Smith Campus Center for its public opening Tuesday. “Seeing all the plants and greenery inside of here feels like home,” said one student.

Amorino, a high-end gelato chain, will open in Harvard Square just in time for the summer.

The Changing Face of the College Administration

The shape of the College administration differs radically from that of even a couple decades ago.

'Political Feeling': Harvard and the 1992 Election

For many students at the time, 1992 was the first election in memory in which a Democrat had a real shot at the White House.

When completed, the Smith Campus Center will stand out as the crown jewel of University President Drew G. Faust’s Common Spaces initiative.

Harvard ultimately reimbursed residents in the University-owned Holden Green apartment building three months' worth of rent to compensate for disruption caused by construction.

The changes will include the installation of an elevator that accesses each floor of the building as well as the addition of new restrooms and renovation of existing ones.

Harvard to Preserve Historical Integrity of Mass. Hall in Renovations

Harvard in the City

​Harvard will install side guards on large trucks to increase cyclist and pedestrian safety, the University announced Wednesday.

Construction began in the spring of 2017 and the project was officially completed at the end of the fall, though both offices are still unpacking boxes.

Smith Center On Track To Open Next Fall, Univ. Says

Isabel R. Steinhaus ’18 said she feels jealous of the students who will be around when the center opens, given construction will not end before the Class of 2018 graduates.