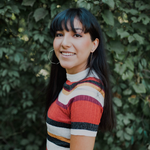 Staff writer Paula M. Barberi can be reached at paula.barberi@thecrimson.com.

In Short Supply: Women in the Economics Department

Many graduate students and faculty applaud these efforts for adding needed diversity to the department and improving departmental climate, some female department affiliates say it remains a challenge to constitute a minority in their field.

Lezley McSpadden said that a run for office would constitute part of her broader advocacy efforts after the 2014 shooting of her son.

​The First Generation Student Union plans to change its name by early fall, following recent board elections that resulted in an almost full turnover of power.

Harvard affiliates gathered Friday to listen to a talk given by Asia Argento, an Italian filmmaker and one of the first women to accuse film producer Harvey Weinstein of sexual assault.

The rally—organized by the student-led Every Voice Coalition—supported two bills currently in House committees.

This August, freshman will have a new pre-orientation program option—the First-Year Retreat and Experience, or FYRE, developed for “under-resourced students.”

Lin-Manuel Miranda Urges Students Not to Throw Away Their Shot

Actor, composer, and activist Lin-Manuel Miranda took to the stage at the Kennedy School Thursday at the kickoff event for the “America Adelante” conference.

​Two Harvard students have founded a support group for BGLTQ-identifying student-athletes—dubbed Queer Undergraduate Athletes That Do Sports, or QUADS—which held its first meeting in mid-February.

Administrators are working to update the Q guide so undergraduates can use the platform to report inappropriate behavior by teaching staff.

The conference—titled “Resilience Through Love and Resistance”—drew students from across the College and Harvard’s graduate schools.

Harvard Foundation Honors Solange as Artist of the Year

​The Harvard Foundation for Intercultural and Race Relations awarded Solange Knowles their artist of the year award in front of a sold-out crowd Saturday evening.

Panelists explored sexual violence at Harvard at an event Tuesday afternoon co-hosted by Our Harvard Can Do Better and the Radcliffe Union of Students.