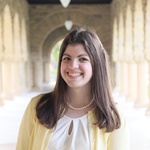 The parallel probes, experts say, show the Trump administration is preparing to launch future attacks against affirmative action programs at universities across the country.

The summer renovation of Massachusetts Hall prevented University President Lawrence S. Bacow from immediately taking his rightful seat in the ancestral workspace of Harvard presidents past.

Stanford Will Stop Reporting Its Acceptance Rate. Harvard Won't. It May Not Matter

Stanford University, arguably the most selective institution of higher education in the United States, will no longer report its acceptance rate starting fall 2018. Experts say it probably won't make a difference.

When visitors enter the newly opened Smith Campus Center, they'll walk past green, plant-covered walls before grabbing a cup of coffee and finding a comfy seat.

With Sunflowers and Snacks, Smith Center Opens Its Doors

Harvard affiliates and visitors crowded the Smith Campus Center for its public opening Tuesday. “Seeing all the plants and greenery inside of here feels like home,” said one student.

Historic men’s clothing boutique J. Press — a Harvard Square fixture for 86 years — is closing its Mt. Auburn St. store at the end of August, citing increasing rents in the past several years.

If Kavanaugh is confirmed, he will replace retiring Justice Anthony M. Kennedy, who is known for being the Supreme Court’s “swing vote.”

Now several years into legal proceedings, much remains at stake as a lawsuit over Harvard's admissions policies advances.

Tensions and Tenure: Elizabeth Warren at the Law School

Massachusetts Senator Elizabeth A. Warren came up for tenure at Harvard Law School in 1993, and her review proved a flashpoint in the ongoing discussion about gender at the school.

While the affected lettuce comes from Yuma, Arizona, HUDS sources its lettuce from Salinas, Calif., a region unaffected by E. coli.

Columbia’s graduate student union voted to authorize a strike as a response to the university’s refusal to collectively bargain with students.

At Harvard and Stanford, different school cultures and environments create differences in experiences, size of the engineering schools.

MIT, Stanford, and every member of the Ivy League, with the exception of Yale, set record-low rates for admission to the Class of 2022.

Wale is known for songs like “Bad” and “The Matrimony”, while Lil Yachty is famous for “iSpy and “One Night.”