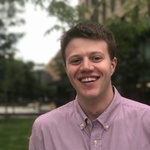 Joshua J. Florence is the News Comp Director for the 145th guard. He can be reached at joshua.florence@thecrimson.com.

The College has not decided if the recently-affirmed undergraduate social life policy will appear in the student handbook, which is approved each May by the Faculty.

Here’s a brief explanation of Harvard’s social group policy and how we got here.​

Ultimately, a proposal on advanced standing drew more argument at Tuesday’s meeting than the fate of the College’s unprecedented penalties against single-gender groups.

The Faculty of Arts and Sciences will likely vote on a final motion associated with the College’s controversial social group policy at their monthly meeting Tuesday.

“I have no insider knowledge of what the search committee is doing,” Smith said. “I’m sure they’re looking at lots and lots of people.”

While students will take to the polls this week to vote to extend Thanksgiving break and retain “Harvard Time,” Smith said it’s not that simple.

“This is just one phase, one piece of the larger discussion,” he said. “I think we’ll discuss issues around the policy moving forward.”

​The Faculty voted down a motion designed to nullify the College’s penalties on single-gender social groups.

In a move that could further complicate the future of Harvard’s social group policy, faculty are scheduled to vote on a motion opposing the sanctions this Tuesday—more than a year after the policy first ignited boisterous faculty debate.

Bridge Over the River Charles

Whether or not Harvard’s next president holds an engineering degree, SEAS and its role in Harvard’s future will constitute a central part of their tenure.

FAS Dean Michael D. Smith added that the Marshall Project “says they’re just an independent media organization, but that’s not what it looks like to me.”

The renewal of Adams House will progress in stages, with students remaining in the House while others live in swing housing. The dining hall will likely remain open.

Faculty Could Have Final Say on Social Group Policy

Smith's comments come as University President Drew G. Faust prepares to choose one of three options for the future of undergraduate social life.

Interim Dean of the Graduate School of Arts and Sciences Emma Dench said there was nothing “unusual” about Harvard’s decision to not admit Michelle Jones.