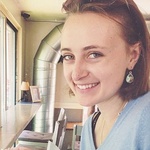 Meg is the managing editor for the 143rd guard.

Every night as I walk my quiet mile, I grasp at memories. The sound of her voice. The way her eyes squinted when she was smiling too hard. The words she liked to write. I fear I am forgetting details.

Paper planes littered the field during the Harvard-Yale game Saturday

Harvard received just under $800 million in outside research funding in fiscal year 2015, continuing a years-long decline, according to a recent University report.

As college students across the country stage protests in response to race-related incidents on their campuses, some cultural student groups at Harvard are planning to form a coalition “to present demands to the administration.”

Administrators and House masters acknowledged Tuesday that the move to abandon the term was in part prompted by recent protests against racism on campuses across the country.

​Faculty members overwhelmingly praised a proposal for a renewed General Education program—a drastic overhaul of the program’s current structure—at the semester’s final meeting of the Faculty of Arts and Sciences on Tuesday.

​Harvard undergraduates would be required to fulfill distribution requirements, complete a quantitative-based course, and take fewer general education courses in new, consolidated categories as part of a drastically altered General Education program, should members of the Faculty of Arts and Sciences vote to approve a new proposal in the coming months.

Students Rally in Support of Black Activists at Peer Schools

​Dozens of students and Harvard affiliates gathered in the Science Center Plaza on Wednesday afternoon to rally in support of black student activists on other college campuses, where mass protests against racism have erupted in recent weeks.

With Bomb Threat, Echoes of Paris and Eldo Kim

The eerie familiarity of the threat, together with the recency of fatal bombings in Paris and Beirut, imbued the series of evacuations and investigations on Monday with particular weight.

Recent gifts include a $500,000 donation to support innovation in the libraries and another gift to support archiving endangered films.

The Faculty of Arts and Sciences together heard emerging details of what a renewed program in General Education could look like in the aftermath of the release of a report that deemed the College’s foundational curriculum “failing on a variety of fronts.”

Faculty members and administrators have vetted proposals to drastically overhaul the College’s General Education program, such as lowering the number of required courses.

As the General Education review committee prepares recommended solutions to the program, faculty are “waiting and watching” before proposing new courses.