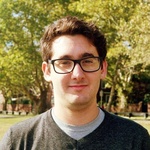 Ignacio is the News Comp Director for the 144th guard. He can be reached at ignacio.sabate@thecrimson.com.

Khurana Focuses on Faculty Dean Role, Does Not Support or Condemn Strike

Dean of the College Rakesh Khurana did not take a firm stance for or against the ongoing dining workers’ strike, instead saying he sees his role as minimizing disruption to House life.

The vast majority of 115 academic dishonesty cases the College’s Honor Council heard last academic year occurred in courses offered in the Sciences Division or the School of Engineering and Applied Sciences, according to the adjudicating body’s first-ever annual report.

Harvard’s dining services workers have been marching and banging drums the past two weeks while manning picket lines, and one group of students have taken up their cause with equal gusto.

While Corporation members maintained during the meeting that Harvard will not divest from the fossil fuel industry, they did say the University is currently not investing in the coal industry.

Students have reported finding undercooked meals, meat mixed in with vegetarian food, and insects in their food, prompting some to wonder whether understaffed kitchens are able to maintain regular health and safety standards.

While the dual roles of community steward and bureaucratic manager rarely conflict, Wednesday’s strike of dining service workers has put Faculty Deans in an awkward position.

Tatte: Why I Took Out Student Loans

Tatte, we’re so glad you’re here. Perfect timing with the opening, too. With an indefinitely long HUDS strike imminent and frozen food as our likely only offered option, you can bet on a flood of Harvard students coming your way.

The College has requested Harvard police investigate an email sent to some undergraduates urging them to stop “white genocide” and vote for Republican presidential nominee Donald J. Trump.

She may not be paying a $5 cover charge at the door, but University President Drew G. Faust is funding undergraduate social events for the second year in a row.

New Dean of Students Hopes to Connect, ‘Get Out of the Way’

At a time when the College is escalating its involvement in student life, new Dean of Students Katherine G. O’Dair said social programming should largely be the domain of undergraduates—with administrative support.

By next year, Harvard will likely complete the renovation of Grays Hall basement into a dedicated space for the Office of Equity, Diversity, and Inclusivity and the BGLTQ Office.

​The College is launching its first ever online sexual assault prevention training module, and requiring all undergraduates to complete the program by mid-October.

At least 86 individuals have signed a Hasty Pudding Theatricals alunni petition advocating an end to the group’s tradition of an all-male cast, according to email correspondence obtained by The Crimson.

More Than a Dozen Women Audition for All-Male Cast of Hasty Pudding, None Receive Callbacks

More than a dozen women auditioned for the Hasty Pudding Theatricals’ annual show last week, putting pressure on the traditionally all-male campus drag troupe to allow women to join their cast—but none received a callback.