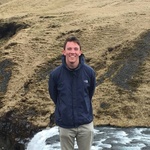 Karl. M Aspelund covers the Faculty of Arts and Sciences Administration for the 143rd guard.

Faculty May Vote To Reaffirm Commitment to Student Diversity

A report drafted by a faculty committee chaired by Dean of the College Rakesh Khurana outlines the development of religious, ethnic, and racial diversity at Harvard.

​Faculty members overwhelmingly praised a proposal for a renewed General Education program—a drastic overhaul of the program’s current structure—at the semester’s final meeting of the Faculty of Arts and Sciences on Tuesday.

​Harvard undergraduates would be required to fulfill distribution requirements, complete a quantitative-based course, and take fewer general education courses in new, consolidated categories as part of a drastically altered General Education program, should members of the Faculty of Arts and Sciences vote to approve a new proposal in the coming months.

The Faculty of Arts and Sciences together heard emerging details of what a renewed program in General Education could look like in the aftermath of the release of a report that deemed the College’s foundational curriculum “failing on a variety of fronts.”

Recent gifts include a $500,000 donation to support innovation in the libraries and another gift to support archiving endangered films.

Harvard’s library system has reduced spending by $25 million in aggregate since 2009, largely due to a two-year restructuring effort completed in August 2012, according to an update distributed to the Faculty of Arts and Sciences prior to its meeting on Tuesday.

Faculty members and administrators have vetted proposals to drastically overhaul the College’s General Education program, such as lowering the number of required courses.

At the Margin: Harvard Economics’ Precarious Spot on Top

The Economics department has recently lost several faculty members to other schools, highlighting the rise of rival programs and the relatively lower facilities at Harvard.

University President Drew G. Faust weighed in on reforming the beleaguered General Education program as the Faculty discusses reforms ahead of a major vote expected at the end of this semester.

Only 66 percent of women on schedule to be considered for promotions to full professors last year remained at Harvard for the final stage of that process, compared with 78 percent of men.

After a year that saw a spike in faculty growth for the first time since the financial crisis, the size of the Faculty of Arts and Sciences stalled again in fiscal year 2015.

The fundraising drive will now focus on priorities that have received fewer donations, namely house renewal and funding for new teaching techniques.

For Gen Ed, Harvard Faculty Oppose a System Like Yale's

As the College reviews its General Education program that is “failing on a variety of fronts,” its New Haven rival has maintained a set of distribution requirements as its core curriculum.

In the Wake of Sexual Assault Survey, Faculty Assess Their Role

While the roles of administrators and students in addressing issues of sexual assault are scrutinized, faculty members are unsure of their own role in solving an issue that affects so many of their students.