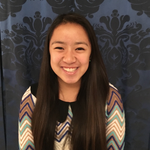 Harvard Athletics has debuted 23 new initiatives for student-athletes as part of a program titled "Crimson360" and meant to reflect the department's revamped motto of "principled leadership, academic integration and competitive excellence."

The head coach of Harvard’s diving program Chris Heaton has resigned days after administrators placed him on leave following allegations that he solicited nude pictures from and sent photos of his penis to young female athletes years ago.

Harvard has placed the head coach of its diving program Chris Heaton on leave after a suit filed in an Indiana court alleged he solicited nude pictures from and sent photos of his penis to young female swimmers years ago.

While in past years, students were able to purchase tickets for guests from the Athletics Box Office, students are strictly limited to one ticket per HUID this fall.

Scalise to Receive National Award for Excellence in Athletic Administration

Scalise, who wrote he was surprised by the May 9 announcement of the award, will share this year’s award with Yale Athletic Director Thomas Beckett.

An inside look into the Lavietes Pavilion renovation.

While older professors bring years of experience to the classroom and are often sought out as mentors, when hiring budgets are tight, they can also preclude younger academics from finding a foothold at the University.

No Need to be ‘Flashy’: How Harvard Advertises Itself

In many ways, the Harvard name sells itself—so the University spends its millions-strong marketing budget on short-term and traditionally less-emphasized programs.

A number of student athletes on Harvard’s 42 varsity teams have taken on another role this year: Chief Marketing Officer.

Harvard's new covered baseball and softball hitting pavilion will open at least a month late, a delay at least one student-athlete called disappointing.

The women’s varsity golf team’s week-long spring break training trip in California ended on a sour note when their team van was broken into.

University spokesperson Aaron M. Goldman wrote in a statement on Tuesday that although the barge beneath the center has been “restored,” the facility will be closed for the remainder of the season.

In the wake of a powerful Nor’easter, the Harvard Sailing Center partially sank into the Charles River Thursday.