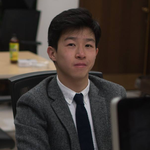 SEAS To Invest In Quantum Engineering and Quantitative Biology

SEAS Dean Francis J. Doyle III said the school will release a “completely candid, transparent disclosure of the things we learned" from a recent climate survey.

In a press release, Bacow wrote that the gift will “provide powerful momentum” for Harvard’s science initiatives.

Dean of SEAS Francis J. Doyle III called the survey results, which indicated that more than a quarter of respondents have experienced harassment or discrimination, “eye-opening.”

Faculty Director of the Program in General Education Jason P. Mitchell has stepped down after serving a year in the position.

While older professors bring years of experience to the classroom and are often sought out as mentors, when hiring budgets are tight, they can also preclude younger academics from finding a foothold at the University.

A Tale of Two Larrys

But for all of Bacow’s and Summers’s differences and similarities, one element will likely remain as constant for the second Larry as it did for the first: an attentive Faculty eager to push the boundaries of its governing power.

The faculty survey revealed that the vast majority of respondents identify as “liberal” or “very liberal,” and that a similarly large majority of FAS voted for Hillary Clinton in 2016.

On a Run with Harvard’s Next President

Heavy rain qualifies as weather most runners would consider demoralizing. But rain plunges Bacow into a state of determination, calm, understanding, even zen.

​In anticipation of the fall 2020 SEAS expansion to Allston, SEAS is preparing a number of collaborative initiatives with their neighbor to-be, Harvard Business School.

Even though the Allston School of Engineering and Applied Sciences campus will not open until the fall of 2020, Dean of SEAS Francis J. Doyle III said he is already excited about “the new future of Harvard.”

From Somerville to Allston: Bacow and the Future of SEAS

It will fall to Bacow to make sure this “unprecedented opportunity” does not become, as some faculty called it in 2013, an “Allston bomb.” Many of his colleagues at Harvard said they think he is up to the task.

​Dean of FAS Michael D. Smith emailed out various ways FAS is working to promote diversity following the release of a University report on diversity and inclusion.

The president-elect also formed an advisory body for the search, comprising a group of faculty who will work closely with himself and with University Provost Garber.