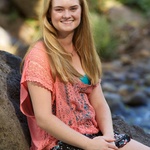 Staff writer Jordan E. Virtue can be reached at jordan.virtue@thecrimson.com.

An elderly woman was punched in the back of the head after getting on a Red Line train car at the Harvard Square station on Friday.

While in past years, students were able to purchase tickets for guests from the Athletics Box Office, students are strictly limited to one ticket per HUID this fall.

After a childhood friend committed suicide, Reed T. Shafer-Ray ’18 began pushing for twin gun safety bills in the Massachusetts State House that he hopes will save lives.

Harvard Students Join 'March for Our Lives' Protest in Boston

Protesters demanded an increase in funding from the state for youth jobs in Massachusetts from $10 million to $14 million a year, among other things.

I hope no one has to ever experience what Hawaii experienced a few weeks ago. But don’t wait for a ballistic missile to notice the blessedness of the ordinary.

Amazon named Boston as one of 20 finalists in its search for a second headquarters earlier this month, after both city and Harvard leaders said they support the bid.

​In the wake of Sunday’s mass shooting in Las Vegas, Jonathan L. Walton demanded Congressional action and stricter gun control in his address at Morning Prayers on Tuesday.

Constructs lump people together, making them into generic labels, beliefs, and experiences that can be checked off in boxes on questionnaires. These generalizations erase our character.

Harvard affiliates flocked to the Divinity School this weekend, celebrating its two centuries of existence with lectures, a panel of Harvard deans, and a bicentennial party, concluding a years-worth of festivities.

Freshmen Journey 'Into the Hub'

The program offers freshman an alternative to on-campus social scenes as well as the chance to explore Boston and surrounding areas.

At the event, speakers presented medical and scientific research related to the mind.

​Harvard faculty spoke about the intersection of faith and scholarship, posing questions of meaning and purpose in academia Wednesday.