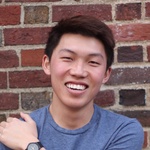 Kenton K. Shimozaki is the News Comp Director for the 145th guard. He can be reached at kenton.shimozaki@thecrimson.com.

Grafton Street, located on Massachusetts Avenue in Cambridge, is one of several partner restaurants of the Classroom to Table Program.

Snow covers the infamous John Harvard statue in the Yard outside of University Hall.

The decision to change the title reflected widespread confusion about the previous title, according to according to Dean of Students Katherine G. O’Dair.

“We are committed to transparency, our efforts are going to be geared toward clarity of the policy,” O’Dair said. “We want to reduce student anxiety.”

Harvard-Yale Game Will be Played at Fenway Park in 2018

The Undergraduate Council voted to recommend 43 new student groups for College recognition Tuesday—but some representatives said they were concerned by the voting process.

Ahead of The Game, Harvard and Yale Establish New 'Sister' Relationships for Freshmen

Harvard freshmen will now be able to stay overnight for The Game under new “sister” relationships between Harvard and Yale.

“What we’ll be doing now is allowing an appeal process to student groups that have been, as of now, deemed not to be allowed to grow."

Yale Bans Outside Alcohol, Shortens Tailgates for The Game

​At this year's playing of The Game, tailgates sponsored by both schools will be shortened to two hours and more stringently restrict students’ access to alcohol.

21 percent of respondents ranked an outright ban on social groups as their top option. An additional 19 percent supported the original May 2016 sanctions as their first choice.

The Ad Board also placed 22 total students on probation in 2016–2017—13 of them for social behavior including drugs, alcohol, and sexual activity.

UC Surveys Students on Sanctions, Does Not Ask About Club Affiliation

​Come November, the fences behind Grays Hall will be taken down to reveal two newly renovated spaces for College diversity offices.

Quincy House students and staff have celebrated students' decision to designate all hallway bathrooms on their floor as gender-neutral.