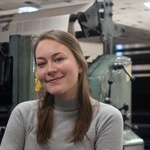 Claire E. Parker is the Associate Managing Editor for the 145th guard. She can be reached at claire.parker@thecrimson.com.

Reports of Sexual Harassment at Harvard Increase Amid National Movement

According to the report, 43 individuals across Harvard filed formal complaints of sexual or gender-based harassment during 2016-2017, an increase from 26 the year before.

Next President Will Not Have Say on Sanctions

​Harvard’s next president will be unable to easily alter the College’s sanctions, limiting the authority of the University’s top office on one of the most contentious campus issues in recent memory.

With only six months on the Harvard Corporation under his belt, David M. Rubenstein has been thrust into helping the University through one of its most consequential transitions: finding a new president.

Wells will turn his discerning eye toward finding a president for Harvard who will satisfy the University’s many constituencies and promote diversity, according to those who know him.

Harvard’s presidential search committee has met with hundreds of people and received about 1,500 emailed submissions in their outreach efforts thus far, according to William F. Lee ’72.

Faust's successor could begin calling the shots months before she officially resigns the presidency in June.

University President Drew G. Faust may wait until December or later to make a final decision on the future of the College’s social group policy.

Presidential search committee member Lawrence H. Bacow told a group of Latino alumni and student leaders that the committee is still gathering input for the search.

Faust Will Abstain from Presidential Search

​As members of Harvard’s highest governing boards scour the globe for her replacement, outgoing University President Drew G. Faust said she will largely stay out of the process.

On her most recent trips to Washington, Faust has added yet another pressing, albeit more quotidian, item to her lobbying agenda: keeping the lights on in Harvard’s labs.

Harvard’s presidential searches are famous for their secrecy, as the search committee endeavors to fend off national media scrutiny and Crimson reporters in pursuit of a scoop.