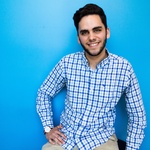 Graham W. Bishai is an Associate News Editor for the 145th guard. He can be reached at graham.bishai@thecrimson.com.

As Sanctions Remain, So Does Resistance From Single-Gender Groups

The Corporation's new stamp of approval on the sanctions did little to sway long-time critics of the policy.

Dean of Undergraduate Education Jay Harris to Step Down

​Dean of Undergraduate Education Jay M. Harris will step down at the end of the academic year after almost a decade in one of the College’s top administrative position.

“My mom had to tell me to go to sleep,” Muradzikwa said. “I was awake until around 4 a.m. trying to keep up to date with the rally that was going on. And my mom was like, ‘no, you need to sleep.’”

'Okay to be White' Stickers Crop Up at Harvard, Around Country

​More than a dozen handmade stickers reading “It’s okay to be white” surfaced around Harvard Square Wednesday, prompting a Harvard Law School Dean to denounce them.

Harvard will rescind the W.E.B Du Bois medal awarded to Harvey Weinstein, a movie executive whom more than 40 women have accused of sexual harassment and abuse.

A Social Blueprint: Harvard's Houses, From Randomization to Renewal

Amid campus-wide debate on Harvard’s social landscape, some hope that the time is ripe to breathe life into a tired social scene stifled by a socially fractured student body.

The IOP may have stripped Chelsea Manning of her visiting fellowship, but that did not stop her from coming to Cambridge and meeting with Harvard students.

After facing widespread criticism for inviting and disinviting Chelsea Manning as a visiting fellow this month, the Kennedy School has decided to reassess how it uses that term.

Alumni Call on IOP to Drop Lewandowski and Spicer

More than 600 Harvard alumni have signed an open letter calling on the IOP to retract its fellowships for Corey Lewandowski and Sean Spicer.

Critics on campus and across the country castigated the Kennedy School for rescinding Chelsea Manning's appointment as a visiting fellow.

Being on probation removes a group’s eligibility to apply for grant funding from the UC and prevents club members from reserving on-campus spaces.

Sophomore men and women stand outside the clubhouse of the Spee Wednesday evening, before the group's first punch event.

The Dean of the Kennedy School of Government withdrew Chelsea Manning’s invitation to serve as a visiting fellow this semester, calling her appointment “a mistake.”

“Ms. Manning stands against everything the brave men and women I serve alongside stand for,” Pompeo wrote in a statement.

Kappa Kappa Gamma May Close in Response to Sanctions

Harvard’s chapter of the Kappa Kappa Gamma sorority could shut down if the College goes through with its sanctions penalizing members in single-gender social groups.