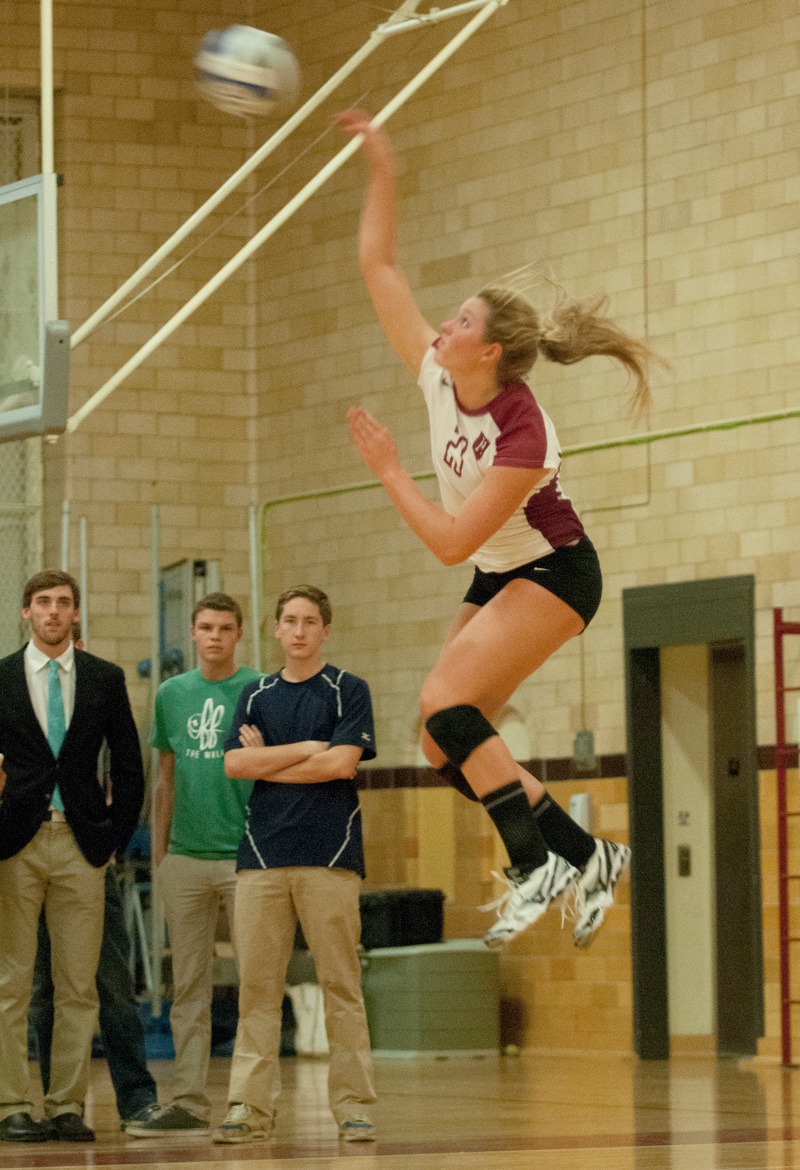 After starting off the season with two comeback victories over Santa Clara and Central Connecticut State at the Harvard Invitational Tournament, the Harvard women’s volleyball team could not pull off the weekend sweep, falling behind early to Delaware on Saturday.

“We learned a lot about ourselves as a team this weekend,” junior Caroline Holte said. “[We learned] a lot of things to improve when we come back to the gym on Monday.”

Just as had been true the night before, the Crimson (2-1) trailed its opponent by two sets entering the third frame. But unlike on Friday, Harvard did not storm back and take the final three sets—instead, it fell to the Blue Hens, 3-0, on Saturday evening.

“Tonight we didn’t respond to [Delaware’s] quicker attack,” coach Jennifer Weiss said. “They had a good read on us blocking-wise.”

After falling behind, 24-21, in the first set, the Crimson took the next two points to get within one. But a kill from Chandler Bryant secured the first frame for Delaware (4-3) and set the tone for the rest of the evening.

In the next set, the Crimson found itself in a crucial spot, tied, 23-23, with a chance to even the contest. But a kill from Jill Meyers and a block by Chandler Bryant gave the Blue Hens a two-set lead and, eventually, the matchup.

Despite a solid effort from a winless squad, the Crimson managed to pull away from the Blue Devils in straight sets, 3-0.

Down by five in the second set, Harvard won six consecutive points, including three kills from sophomore Corinne Bain, who also added 29 assists in the winning effort. After a service error and an attack error by the Crimson allowed the Blue Devils (0-6) to take a one-point lead, Harvard rallied off three straight points, including the clincher on a kill from Bain to take the second set, 28-26.

The Crimson would not let Central Connecticut State back into the game. Behind 20 assists from junior Kathleen Wallace and 13 kills from Holte, the Crimson put away the Blue Devils in the third and final set of the game, 25-21, to remain unbeaten on the season.

Harvard also stole a late lead in the first frame from Central Connecticut State. Trailing by three, 22-19, Harvard would not allow the Blue Devils to score again. Propelled by a service ace from sophomore Grace Weghorst and kills from juniors Jennifer Shults, Wallace, and Holte, Harvard surged to steal the first set, 25-22.

“We came back in the end,” Holte said. “But we need to start strong in the first ten points.”

Going into the third set without a win against an undefeated Santa Clara squad, the Crimson staged a comeback in front of its home crowd, emerging victorious in five sets in the season opener, 3-2.

“I think in the beginning…we were just getting the jitters out,” Weiss said. “We were definitely a little tight. Santa Clara is a great team.”

The Crimson fell behind, 3-1, in the final frame of the game but surged to win eight of the next 11 points, taking a lead that it never surrendered. Just as Santa Clara (6-1) started to sneak back into the game, a kill by Holte secured the final set, 15-13.

Behind 13 kills from Sabrina Clayton and 22 digs from Danielle Rottman, Santa Clara pounced on the Crimson in the first two sets, winning the frames by eight and seven points, respectively.

After the flat first two sets, the Crimson responded to the influx of energy from the home supporters in the third, winning the final three frames. Weghorst led Harvard with 15 kills, helped in large part by Bain, who dished out 27 assists in the game.