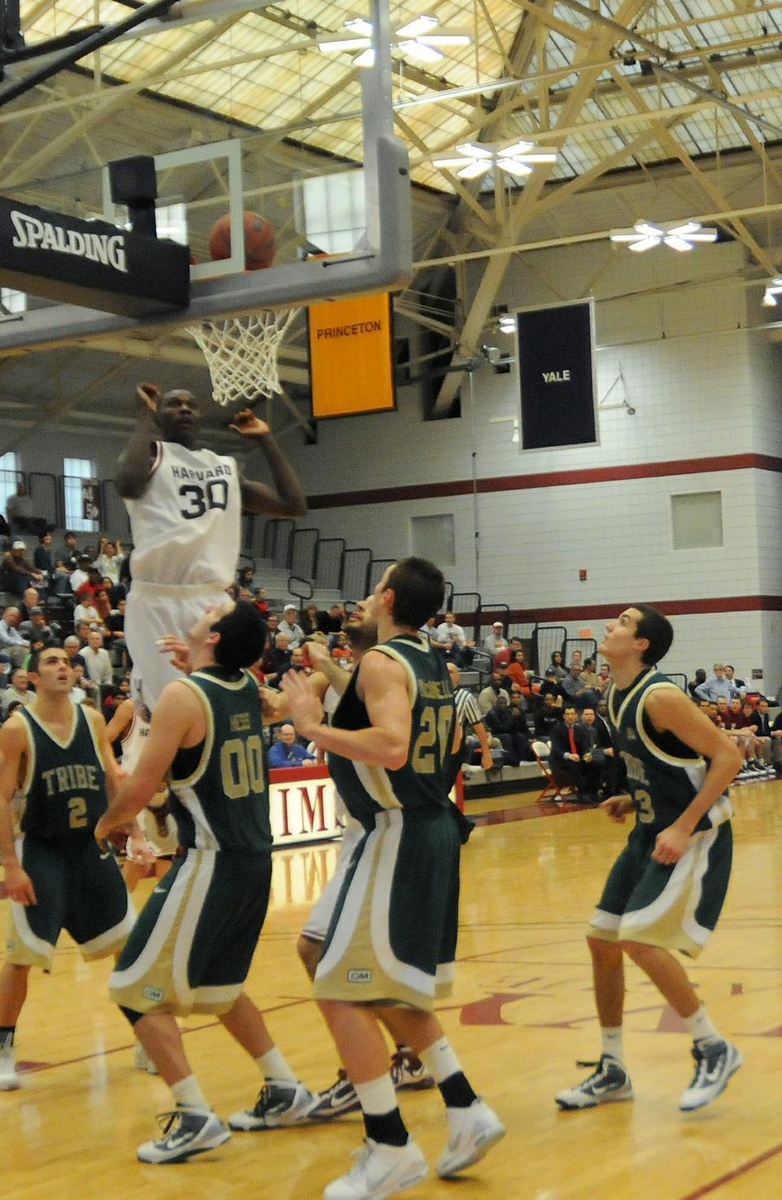 Freshman Kyle Casey came up big again for the Crimson, netting 27 points to lead Harvard past Santa Clara on the road. The rookie's effort in the team's final non-conference game marked a third consecutive career high.

SANTA CLARA, Calif.—While some might call it a disappointment, it could just be a sign of things to come. On an evening when the main event was meant to be the homecoming of superstar Jeremy Lin, it was a freshman who stole the spotlight.

Rookie Kyle Casey had a career-high 27 points to go along with a game-high eight rebounds, leading Harvard (11-3) to a 74-66 victory over Santa Clara (8-9) at the Leavey Center Monday night.

The win bolstered the Crimson's record non-conference performance this season, not to mention extended the team’s winning streak to four games.

"We're very proud of the effort these kids have given," Harvard coach Tommy Amaker said. "The foundation for our program is going to be how we guard on the defensive end. I was very pleased with our kids and their ability to do that."

The newly-named Ivy League Rookie of the Week, Casey has been no stranger to rewriting history himself, as the strong showing marked his third-straight game with a career high in scoring.

The versatile forward went a perfect six-of-six from the floor, including a pair of three-pointers and a thunderous fast-break dunk. He did even more damage from the foul line, where Casey knocked down 13 free throws.

"He made shots, and he played harder than our guys did to get himself to the free throw line 16 times," Santa Clara coach Kerry Keating said. "He's a good player, and talented, and I would expect there's going to be a lot more nights like that."

Fellow freshmen Christian Webster and Dee Giger were the Crimson’s only other double-digit scorers, adding 15 and 10 points, respectively.

Lin was no slouch, despite collecting only six points on a relatively quiet offensive night. Faced with a defense focused on keeping him from scoring, the co-captain directed his efforts towards creating chances for teammates. Lin totaled a season-high nine assists, many coming off dribble drive penetration.

"That's what a good player does, especially when he realizes there's a game plan to take away his scoring," Keating said. "When your senior can score six points in a road game, and still win, then obviously he's a lot more than just your leading scorer."

Lin did, however, make at least one play worthy of the highlight reel, setting off his cheering fans—the game’s total attendance was 4700, the largest the building’s ever seen for a non-conference contest—with just over five minutes to play.

Holding the ball on the left wing, Lin teased his defender with a jab step, drove left, and elevated against multiple defenders. He would convert the layup, giving his team a 63-46 lead.

Not as spectacular, yet just as important, was Lin’s play on the other end of the floor in response to a 14-2 Santa Clara run.

With the Harvard lead down to seven and under two minutes to play, Lin set his feet and drew a charge from Bronco guard Robert Smith, who had beaten his counterpart to the hoop earlier in the second half. The offensive foul silenced a raucous home crowd, and the Crimson would close out the win at the free throw line.

Harvard's final victory before its Ivy opener Saturday against Dartmouth did not come easily, as the Crimson struggled to put away a resilient Santa Clara squad that refused to fold in the second half.

After taking a six-point lead into halftime, Harvard was unable to extend the advantage into double-digits until just under the ten-minute mark, when Giger hit a triple off a kick-out from Lin.

The Crimson lead would reach 19 with just over five minutes left, but the Broncos quickly fought back, setting the stage for Lin to take the key charge.

As has been a problem for Harvard all year, turnovers plagued the visiting offense. Lin ended up with four, and seven others had at least two, for a total of 20 giveaways—which led to 15 points for the opposition in the second half alone.

The Broncos also found success with their big men inside, holding a 30-24 advantage in interior scoring. The Crimson had been outscored in the paint only two times previously this season.

In particular, Santa Clara accomplished one of its team goals, limiting sophomore Keith Wright to only three points, while senior Pat Magnarelli played only four minutes off the bench. Fortunately for Harvard, Casey stepped up in a big way, as did the Crimson defense, to close out the non-conference schedule with another strong win.