From picnics on the banks of the Charles River to brass concerts in Cambridge Common, Harvard students living on campus have discovered new outlets to enjoy themselves outside of their stifling dorm rooms.

By Sydnie M. Cobb and Declan J. Knieriem 8 days ago

The Dean of Students Office released move-out plans to students living on campus in an email Friday, an endeavor the administration is hoping will be much smoother and well-planned than the hectic send-off students faced in the spring.

Common Spaces Set to Open Across Campus to Students With Reservations

Some common spaces across campus are slated to reopen this week and next week as part of a new pilot program introduced to provide additional study space to on-campus students, Dean of Students Katherine G. O’Dair and Harvard Library Vice President Martha J. Whitehead announced within the past week.

Administrators in the Dean of Students Office are optimistic that undergraduates living on campus will finish the semester safely, Dean of Students Katherine G. O’Dair said in an interview Wednesday.

Administrators at the Dean of Students Office say they have a difficult task this semester: supporting Harvard undergraduates while only a fraction of them live on campus.

As budgets shrink and student activities go remote, campus extracurricular groups are scrambling to remain financially viable amid the uncertainty created by the coronavirus pandemic.

‘We Cannot Let Our Guard Down’: O’Dair Urges Students on Campus To Refrain from Attending Large Gatherings

Cambridge Forges Ahead with Participatory Budgeting Despite Pandemic

​​​​​​​Despite pandemic-related limitations, Cambridge will proceed with its annual round of participatory budgeting, City Manager Louis A. DePasquale said in a press release last week.

As a limited number of students move into their dorms and others occupy apartments near campus, residents of the Greater Boston area are voicing concerns about the student population’s impact on their own health and safety.

Harvard undergraduates said they are dismayed and frustrated with Olympia Moving and Storage, as some students have encountered financial and logistical hurdles in retrieving the items they stored with the company after leaving campus in the middle of the spring semester.

Construction on Adams House has resumed after a five-month hiatus due to the City of Cambridge’s decision to place a moratorium on construction projects in response to the ongoing spread of coronavirus, according to an email sent to House affiliates Saturday.

A Lowell House committee will begin exploring a possible change to the House’s name, according to an email sent to Lowell affiliates by Faculty Deans Nina Zipser and David I. Laibson ’88.

In court filings this week, a trove of documents — including internal Harvard communications and official reports — were released as part of the federal lawsuit over sanctions on members of final clubs and single-gender Greek organizations. 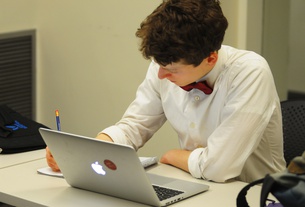