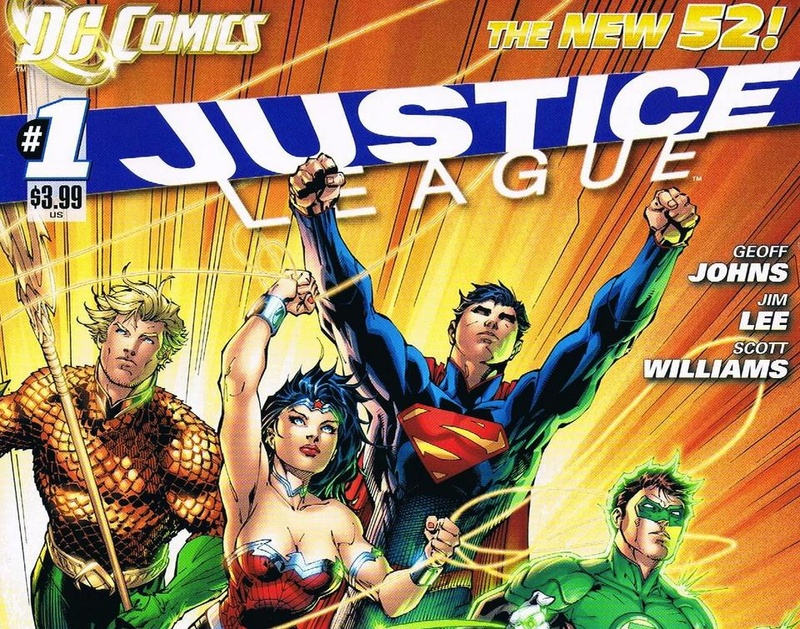 [Editor's note: DC Comics' "The New 52" initiative aims to bring a new audience into the DC Universe by rebooting or significantly changing all of their superheroes and restarting them back at issue #1. In this series, the comic book newbies of The Crimson attempt to evaluate the quality and accessibility of The New 52.   —Brian Feldman, Arts Web Editor]

The new Justice League #1 is a little hard to follow initially, as it places more focus on the visual than dialogue and contains no narration. It's like watching still frames from a film, so for a newbie like myself, it takes some concentration. Almost the entire issue is dialogue that provides little exposition, and so it is as if the characters are as in the dark as the audience is. The banter is typical 21st century. That is to say sarcastic and casual. The Green Lantern, upon meeting Batman for the first time, exclaims in disbelief and disappointment: "You're not just some guy in a bat costume, are you? Are you freaking kidding me?!" Gone are the days of sound effects like  "Bam!" and "Pow!" which used to show strength and a certain level of badass-ness. Now the sound effects are "KRRRRKKKK" and "Krash" with a "K". Because ‘crash’ with a ‘c’ is less cool than ‘Krash’ with a ‘k’.

The great thing about this new series is that the superheroes know as little about each other as new readers will. They're like the Gen Ed classes of comic books. They assume no prior knowledge of the subject, and are tailored to the new reader with no (or little) DC experience. This issue introduces Batman, the Green Lantern, and Superman. The heroes are all learning about each other and aren't yet sure if they are allies or rivals. At one point, Superman punches Green Lantern right in the face and then asks “So… what can you do?”

For readers who are still unsure whether comic books in general are fun or intimidating, DC has included a page dedicated to the "New 52" that makes this issue and all the others in the reboot accessible. It lists all the new #1's and makes it easy to see how everything fits together. For someone who doesn't know the difference between the Legion of Super-Heroes and Justice League International, you can at least see that two such things exist, you can see their release dates, and you know that if you read those comics, you will gain greater understanding of what is going on throughout the DC universe.

Powering through the initial confusion of a new #1 is worth it for a chance to see some behind-the-scenes sketches by Jim Lee that give insight into the costume choices and the thought process that went along in creating this new version of the Justice League.

The new art from Jim Lee is great—a cross between the classic Ben-Day dot comic book printing style and a grittier realism. Batman’s costume maintains his persona of utilitarianism and modesty while ink Scott Williams makes Green Lantern’s constructs glow with a flashiness almost rivaling his ego. The superheroes all, in a way, resemble Transformers and Power Rangers—action figures but with better costumes. Rugged, strong, not too sexy.

Geoff Johns’ storyline itself is not that thrilling because very little happens. Batman meets Green Lantern, they trade insults, and then travel to Metropolis to find the mysterious Superman. In the final two pages, while Batman and Green Lantern are still getting their bearings, Superman makes a powerful and authoritative entrance. With Superman standing over Batman, eyes glowing and ready to fight, the issue concludes with the ominous words “Next: Batman Vs. Superman.” Quite the way to get a new reader to pick up Justice League #2.

Although short on story and information, Justice League #1 contains tons of action, and the added bonus of a sense of accomplishment for a new reader following it all the way through. Perhaps because of its limited scope, it’s approachable, and in that sense DC has accomplished its goal.

The MFA’s Summer: From Monet to Hummingbirds