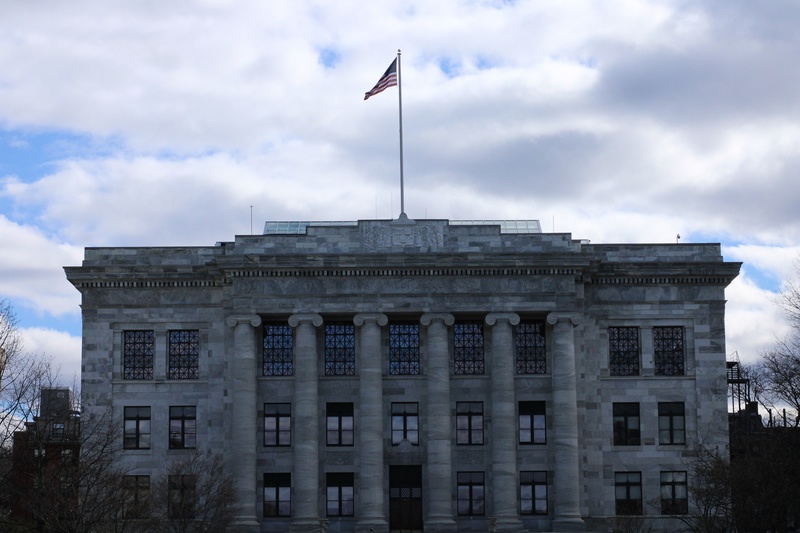 Monica M. Bertagnolli, a professor of surgery at Harvard Medical School, will become the first woman to lead the National Cancer Institute in its 85-year history.

President Joe Biden selected Bertagnolli, who also worked as a surgical oncologist at the Dana-Farber Brigham Cancer Center, as the NCI’s 16th director on Aug. 10.

“Being the 16th director and the only woman is finally evidence that we’re using everybody’s brains and everybody’s abilities — not just half of our society,” Bertagnolli said in an interview. “If we’re going to make all the progress we need to, we need everybody who can contribute.”

The NCI, which has a $6.9 billion budget for the 2022 fiscal year, is the main federal government agency for cancer research. As NCI director, Bertagnolli will play a leading role in implementing Biden’s Cancer Moonshot initiative, which has been a priority for Biden since the death of his son, Beau Biden, from brain cancer in 2015.

“Dr. Bertagnolli’s decades of cancer research expertise around patient-centered care and her work to create more inclusive clinical trials will be instrumental as we accelerate the rate of research and innovation to fight cancer,” Becerra said.

“Cancer knows no bounds and neither should our efforts to prevent cancer deaths,” he added. “Together, we will reignite and advance the President’s Cancer Moonshot initiative to save lives.”

Harvard Medical School Dean George Q. Daley ’82 wrote in a statement that Bertagnolli’s “expertise, wisdom, and vision—fueled by extraordinary energy and drive—render her ideal for such a critical role.”

“I am thrilled to see her ascend to a position where she can have tremendous impact on science, medical practice, and policy alike,” Daley wrote. “I have found her to be a fresh and distinctive voice at the interface of surgical oncology and cancer biology, and her equal appreciation for basic research, therapeutic innovation, and clinical medicine makes her an especially inspired choice.”

Bertagnolli said in an interview that it is “a really exciting time to be thinking about taking a position in public service.”

“The reason is that our president and first lady are so invested in making outlooks dramatically better for people with a cancer diagnosis,” she said. “The best thing about it for me is that from the top — from literally the president’s office — the theme in all of this is collaboration across every single aspect of government and, hopefully, society, that really touches health care for a patient with cancer.”

William C. Hahn ’87, chief operating officer at the Dana-Farber Cancer Institute, said Bertagnolli is a “good choice” to run the NCI at a time when significant scientific accomplishments are being made.

“Despite all the advances, not everybody who could benefit from those advances has access to care,” Hahn said. “The NCI plays a big role in trying to think about those issues.”

“She is a well-rounded person in terms of the field of cancer and I have no doubt that she will put her attention in the right place,” Hahn added.

Clinical research will be a priority during her time at the helm of the NCI, Bertagnolli said.

“Not to de-emphasize in any way the basic research that’s leading to so many great new therapies and insights, but we’ve just got a lot of clinical research to do because we’ve got a lot to work with right now,” Bertagnolli said. “My focus is to get those basic insights tested in the clinical environment so that we can help more patients faster.”

Bertagnolli said that the advancements made in cancer research over the three decades she has treated cancer patients as a surgeon, inspire her to continue doing the work.

“I think back on so many patients, that when I first started my career we didn’t have the tools to take care of,” Bertagnolli said. “So many people that I saw were deprived of years of life and time with their family because we didn’t have treatments.”

“Every day I think about the people who if they were just alive today, that person could have been helped in such a better way,” Bertagnolli added. “Maybe we couldn’t do it for them, but we can do it for the future.”