‘One Night in Miami…’ Dissects Power in America 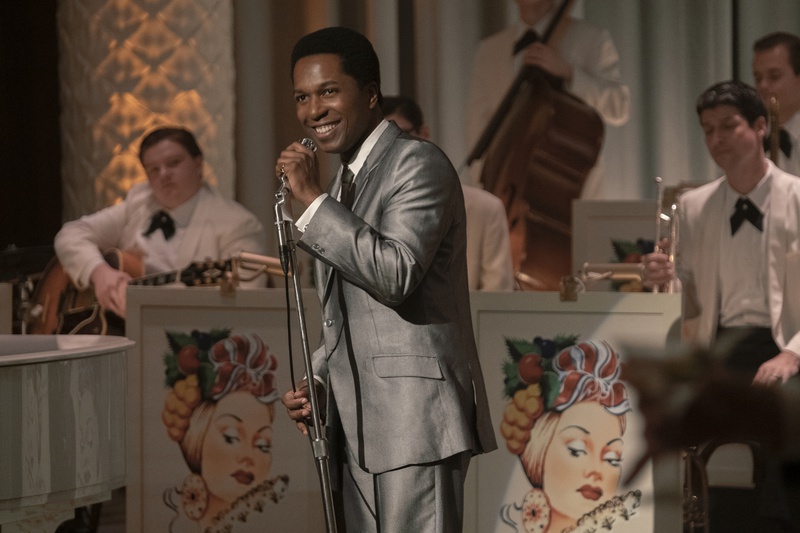 Based on Kemp Powers' stage play of the same name, Regina King’s directorial debut “One Night in Miami…” is a thoughtful (if conventionally plotted) thesis on power and civil rights in America. While it’s high-minded and dialogue-driven, King’s film never loses steam because it’s propelled by an intelligent script, deft direction, and a strong ensemble cast.

Set against the backdrop of the 1960s civil rights movement, “One Night in Miami…” follows a fictionalized meeting of four old friends: heavyweight boxer Muhammad Ali, activist leader Malcolm X, soul singer Sam Cooke, and NFL player Jim Brown. While they initially gather to party and celebrate Ali winning the world championship, Malcolm X soon unveils his plans for a much deeper agenda. He engages his companions with a discussion on how Black artists and athletes — with relatively newfound power — can enact political change.

While the film steers audiences through a myriad of nuances in that discussion, Powers (who also adapted the film’s screenplay) siphons the complex debate into one overarching question: Should Black activists work within the white capitalist system, or fight it from the outside? This is most prominent when Malcolm X accuses Cooke of pandering his apolitical content to white audiences so he can line his own pockets, instead of producing music that overtly fights for civil rights: “You will never be loved by the people you’re trying so hard to win over. Never. You’re just a wind-up toy in a music box.” In contrast, Cooke argues that by working within the system, he can use his money to usher other Black artists into prominence.

Powers’ screenplay effectively balances each member of the ensemble — not just in screen time, but also in narrative weight. As iconic as these characters are in real life, and considering how ideological their dialogue is, it’s remarkable that these portrayals never feel like caricatures or mouthpieces. Each has his own fears, their own dreams, and their own insecurities — details which Powers builds to create comprehensive character arcs. What’s incredible is that Powers manages to construct multiple stories within a story, all framed with a larger thematic message in mind.

Thankfully, “One Night in Miami…” doesn’t succumb to common pitfalls other stage-to-screen adaptations suffer. Theater is designed for a static observer, and uses limited locations to keep audiences focused on stage. But in film, a static camera removes audiences from the action — a unique problem for “One Night in Miami…” which largely unfolds in a cramped motel room. Given the spatial constraints, it's remarkable that King and cinematographer Tami Reiker were able not just to keep the film moving, but embrace visual nuance with creative shot composition. For instance, King makes gorgeous use of mirrors to make sure characters are always in frame. When characters panic, Reiker’s camera movement mimics that mood; in a scene where Malcolm X searches frantically for hidden bugs, it was surprising to see a handheld tracking shot from a camera that somehow managed to careen around the diminutive motel room.

Another pillar of he film's success is its powerful ensemble cast, led by Kingsley Ben-Adir as Malcolm X and Leslie Odom Jr. as Sam Cooke — both of whom are electric in the film’s climax. However, it’s not always smooth sailing in the acting department. The first act celebration feels uncomfortable and bumpy. Perhaps the biggest perpetrator is Eli Goree, who plays Muhammad Ali: He imbues the film with over the top charisma, but often comes off as unnatural and staged.

In the wake of calls for racial equality and political unrest in the United States, “One Night in Miami” is undoubtedly timely and important. But it should also be celebrated as an achievement in filmmaking in a year where such films have proven scarce. Look for “One Night in Miami…” to pick up serious awards consideration, including possible nominations for Best Director (Regina King), Best Adapted Screenplay (Kemp Powers), and some acting nods. King’s film is currently screening in select theaters in Cambridge, and is set to premiere on Amazon Prime Video on January 15.

—Staff writer Lanz Aaron G. Tan can be reached at lanzaaron.tan@thecrimson.com and on Twitter @LanzAaronGTan1.

It’s easy for students and faculty alike to feel like they’re just going through the motions of online school. But, it’s even easier to make your virtual learning experience more engaging this semester with MindMeister. Take your notes to the next level with MindMeister's award-winning mind mapping tool.

As many as two million college applicants nationwide will spend the winter polishing that most important and feared component: college application essays. Due to Covid-19, essays are more important this year than ever. Many applicants haven't been able to sit for standardized tests like the SAT, which now places an even greater emphasis on grades and essays during this admissions cycle.

From one Harvard student to another, don’t miss out on these amazing opportunities!