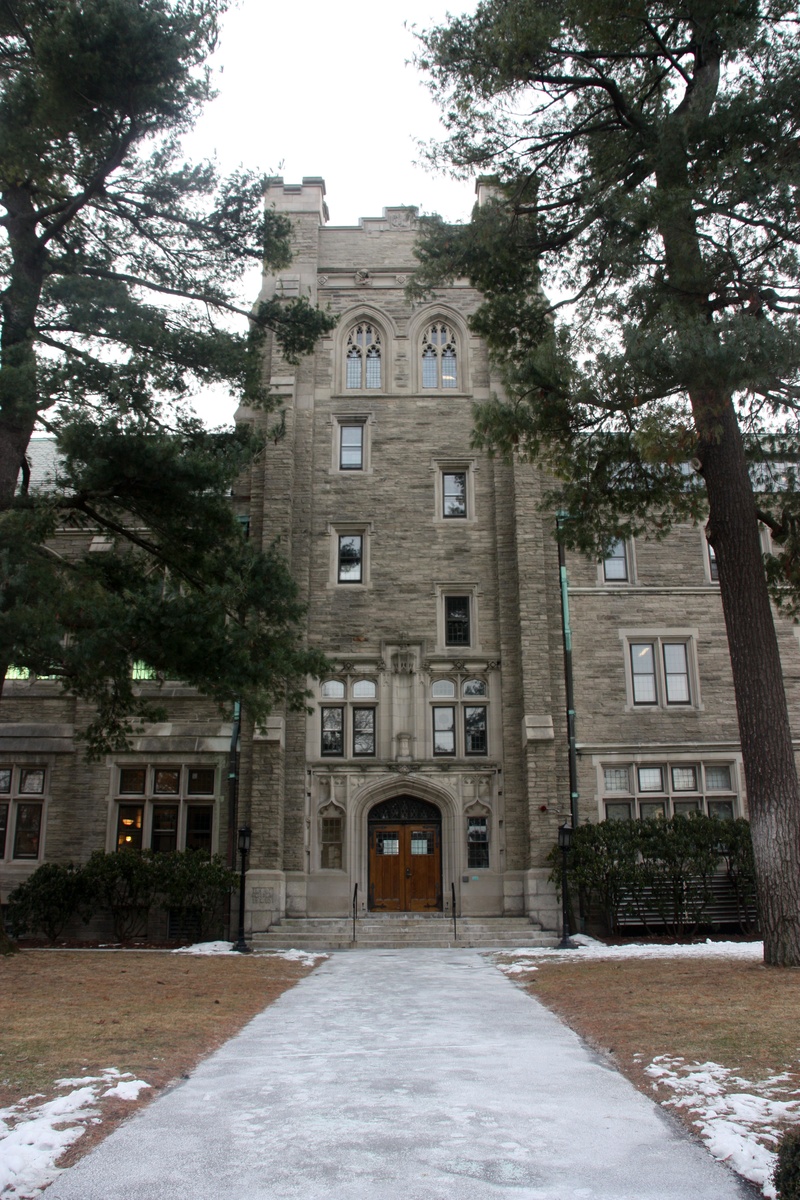 The Harvard Divinity School's first online course is running this term through HarvardX. The course on Paul's letters has already attracted over 28,000 students.

After being accepted to the Master of Theological Studies program at HDS in May 2019, Arandi submitted an application for a student visa. She subsequently participated in an in-person clearance interview at the United States Consulate in Dubai, underwent a full review, screening, security checks, and approximately 90 days of additional administrative processing.

Arandi received her visa in mid-September and traveled to the U.S. on Sep. 18, roughly one week later.

Just after landing at Logan, Customs and Border Protection detained and questioned Arandi for over eight hours, according to court documents her lawyers filed in December. By 10:00 p.m. that night, the officers determined Arandi had “immigrant intent,” revoked her visa, and issued an expedited removal order with an additional five-year ban from entering the United States. Arandi was denied the option to withdraw her petition to enter the U.S. and reapply, which would have avoided the five-year ban, Corral said.

On the night of Arandi’s detainment, the Harvard International Office received several calls on its 24-hour emergency line, according to University spokesperson Jason A. Newton. The officer notified attorneys at HIRC, who agreed to represent Arandi alongside Susan Church, a Cambridge-based attorney.

The filing comes amid reports that an apparent memo has circulated U.S. CBP offices mandating officers to vet “all individuals” born between 1961 and 2001 with any “link” to Iran or Lebanon, according to POLITICO.

“We’re starting to see a pattern of these expedited removals at Logan Airport,” Jason Corral, an attorney at the Harvard Immigration and Refugee Clinical Program and one of Arandi’s lawyers, said.

“We weren’t given any information as to why she had been detained,” Corral said.

Arandi flew home to Iran that night, having given up her employment at home and forfeited the opportunity to study at Harvard last fall.

The Department of Homeland Security did not immediately respond to a request for comment.

Arandi’s lawyers subsequently filed a motion with CBP to reopen and rescind the expedited removal order on Oct. 18, asking that CBP to come to a decision by Oct. 25 so Arandi could still attend the Harvard Divinity School this academic year, according to December’s court filing.

CBP did not come to a decision on the motion within the timeframe, so Church filed a mandamus petition in the U.S. District Court in the District of Massachusetts on November 14, requesting the Court require CBP to quickly adjudicate the motion.

On Nov. 26, CBP denied the motion to rescind the expedited removal order without providing more information. Arandi’s lawyers revised the petition and refiled it on Dec. 16. The revised petition is currently pending before court.

“It’s a serious problem when our government allows a student to have three to four months of vetting and allows a single CBP officer, with the approval of a supervisor, to take that away,” Church said.

In response to concerns about international travel and CBP inspections at the border, Harvard's Vice Provost for International Affairs Mark C. Elliott wrote a letter to the school's Iranian community on Jan. 15. The letter included a link to an ACLU document regarding the rights of people entering the U.S. at the border, as well as information about handling CBP secondary inspections.

Newton wrote in an email that “while HIRC is handling all aspects of the legal case, HIO continues to be in regular contact with Reihana.”