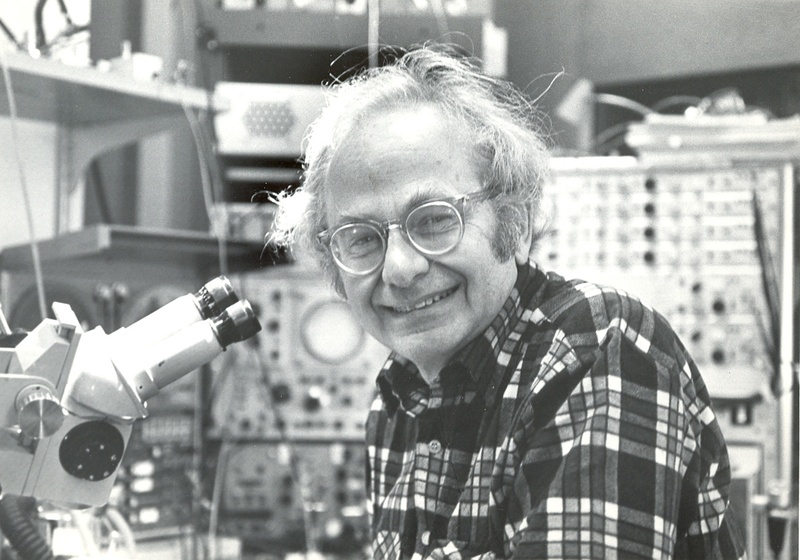 Hubel and his research partner Torsten N. Wiesel, “will be remembered for a very long time,” said Edwin J. Furshpan, a neurobiology professor at the Medical School and Hubel’s colleague of 50 years.

Furshpan, Wiesel, and Hubel were recruited to start Harvard’s first neurobiology department in 1959, an unprecedented move not only at the University but also nationwide, Furshpan said.

The Hubel and Wiesel duo, nicknamed H&W, revolutionized the field of neurobiology when they explained how the brain processed retinal data into images for the first time.

Their research was instrumental in understanding the visual cortex, which recives sensory data perceived by the eyes. The team explained how sensory deprivation early in life could be severely and permanently detrimental to the brain’s image processing.

“[These discoveries are] an achievement which for all time will stand out as one of the most important in the history of brain research,” said David Ottoson, a professor at the Karolinska Institute, in his speech at the 1981 Nobel Prize ceremony.

While the Nobel-winning research conducted by Hubel may become his most long-lasting legacy in the scientific community, Hubel also made an indelible impression on generations of students who were took his introductory course at the Medical School, and Harvard College freshmen who took his seminar, “The Neurophysiology of Visual Perception.”

Jonathan A. Marks ’15 took Hubel’s freshman seminar and said he was impressed with Hubel’s ability to inspire and connect with his students.

“He’s a really impressive guy, but despite [that] fact, his dedication to teaching and to his students was really unparalleled with most of the other professors I’ve had here at Harvard.”

Hubel was, by all accounts, a “gifted communicator” and mentor, said Paul Hubel, one of Hubel’s sons.

“His students were some of the smartest in the world, but many of them could not sew with a needle and thread,” Paul said.

Hubel wanted to teach his students the “important things,” Paul said, regardless of their relevance to neurobiology.

Marks recalled that Hubel wanted his students to know how to build things with their hands. Marks still has what he described as an “electronic gizmo” that he built in Hubel’s class.

His ability to communicate and his desire to educate extended outside the classroom. Paul Hubel recalled freezing winter nights in New Hampshire with his father, when they would go outside and look up at the stars together. His father would talk to him about the stars, an experience Paul described as a memory that will stay with him for the rest of his life.

According to his son, David Hubel believed in living a life of balance and someone who practiced what he preached in the most profound sense.

Those who knew him said that Hubel believed he had a duty to his students, his family, and all those around him to temper his dedication to neurobiology with moderation and balance. He sought to find other pleasures in life and share those pleasures with others.

Although Hubel was often known to conduct experiments until 5 a.m., his friends and family described him as a man who loved to watch his beloved Red Sox, all the while yelling obscenities at the television and weaving on his loom.

Hubel was a Nobel prize-winning scientist and Harvard researcher, but that does not necessarily speak to the kind of man he was.