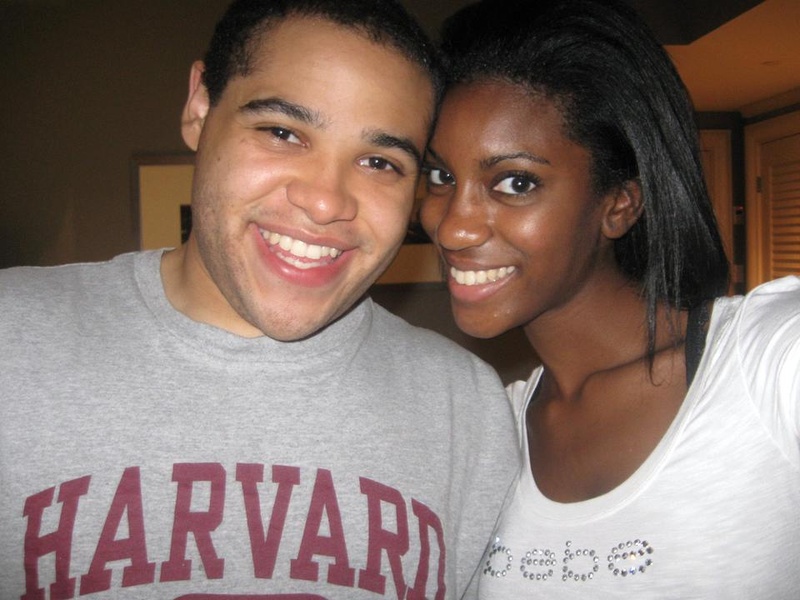 Charles E. Shannon ’11 and A. Faith Kniffley are well versed in the laws of chemistry—and physics and biology and calculus.

The couple met at (MS)squared, a math and science summer program for minority students held at Phillips Academy in Andover, Mass., where she was the 16-year-old girl who spent all her time with a popular clique of five girls, and he was the “goofy” 15-year-old guy who always showed up late to their tennis class.

The two did not interact much during their first summer at camp, but he decided to call her that fall on Sept. 25, according to Kniffley, who remembers the couple’s important dates with precision. A discussion about Usher’s new CD, “Confessions,” led to an instant friendship and frequent telephone chats.

After nine months of talking, the couple first saw each other in person again when they returned to camp the next summer. They became a couple, much to the surprise of their fellow campers, who had no idea the two had become so close.

That October, she went to visit him in Memphis, his hometown, which Shannon said marked the start of their long-distance relationship. The following fall, she began attending the University of Louisville, and he headed north to Harvard a year later.

“I really wanted it to work out, so when we started we would always look forward to the next time we would meet,” Shannon said. “The plan was always about how are we going to see each other next, whether it was one of us hopping on a Greyhound or flying back from Harvard.”

The couple briefly parted ways a few times, once when Kniffley first went to college—“he was under this impression that I was going to meet some guy,” she said—and again during Shannon’s freshman year at Harvard, as he struggled to adapt to the Harvard workload. But each time, they reconnected.

Kniffley spent her senior fall semester at Bridgewater State University in Bridgewater, Mass. to give the couple the opportunity to see if their long-distance relationship could also work in person.

“We just needed time to be together,” Shannon said. “And we were like, ‘This works!’”

And after graduating last year, Kniffley relocated to Boston, where she is working in a first grade classroom with City Year.

On May 1, Shannon took Kniffley back to Andover, Mass. While Kniffley had dreamed of getting engaged where the couple had first met, they had visited Andover last fall with no proposal. Shannon threw her further off the trail by having his younger brother, Christopher A. Shannon ’13, suggest the trip (though the brother backed out at the last minute).

After eating lunch and wandering around the campus, they made their way to the spot outside of a dorm where they had shared their first kiss. A very nervous Shannon dropped to his knee and pulled out a Tiffany ring box, to the excitement of Kniffley, who recalled, “It was exactly what I wanted.” Fittingly, they ran into their program director from (MS)squared just minutes after getting engaged.

They plan to wed in Louisville, Ky. in the spring or summer of 2012. Next year, both Shannon and Kniffley will be working with Teach for America; he will teach sixth and seventh grade math, and she will teach science. Ironic, they pointed out, as they met studying science and math.

“No,” Kniffley said, “start to beginning.”