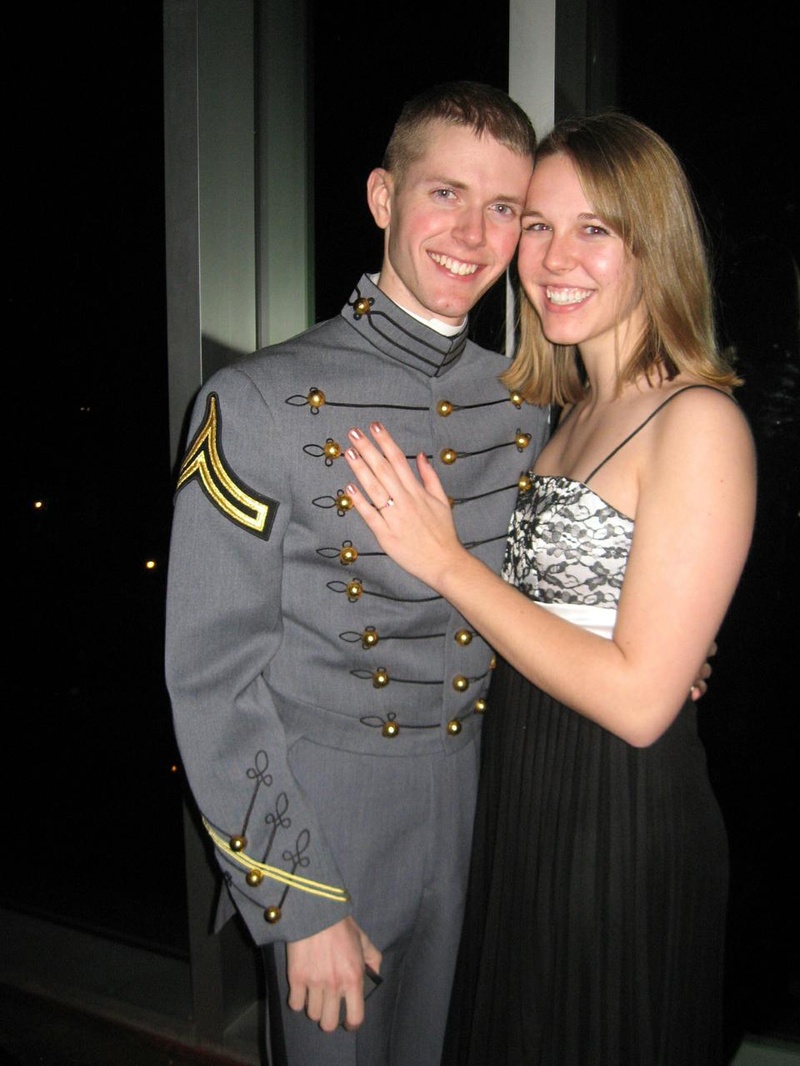 When Elizabeth C. Spira ’11 chose to write her senior thesis on Army wives, the Sociology concentrator already knew her research would have real-life applications. On July 2, when she weds her fiancé, West Point cadet Theodore A. Hoham, Spira will become an Army wife herself.

When the pair attended high school together, Spira had a crush on Hoham­—and Hoham on Spira’s best friend. It was only after graduation that Spira and Hoham began dating. They stayed together through freshman year of college and broke up for much of sophomore year. When they reunited near the end of that year, they discussed getting engaged.

Hoham kept putting it off, saying he couldn’t afford a ring yet. When she called one day to chastise him for buying an Xbox instead, Spira didn’t know that he had already bought the ring—a gold band with rubies and a diamond—or that he had her on speakerphone. His roommates were listening, quietly laughing as the ring sat in a box on his desk.

So Spira was surprised when Hoham proposed in January 2010. She had been accompanying him at West Point’s 500th Night, to celebrate 500 nights until graduation, when the couple went up to West Point’s six-story library to take a picture after the banquet. A friend began playing the piano.

“I was thinking, this would be such a cool place to be proposed to,” Spira said. “And everybody gets in this little half circle, and Ted gets down on one knee and proposes.”

“I wanted to share that moment with my buddies,” Hoham said of his plan, which, like much in their relationship, involved an elaborate plan secret to no one but Spira. He is keeping the location of their honeymoon a secret to her, but will tell anyone else who asks—including all of her blockmates, his friends, strangers, and the author of this article.

Spira estimated that a third or fourth of the West Point graduating class is betrothed. West Point cadets are not allowed to get married during their four years at the academy, and many couples reserve the chapel on graduation day for half-hour ceremonies following graduation and commission.

“My mom would kill me if we did that,” Hoham laughed. Instead, the couple will marry in Fort Wayne, Ind. at the church where Spira’s father is a pastor. A few days after the wedding, Hoham, who is part of the 101st Airborne Division, will travel to Georgia for a month of training. The couple will reunite for their honeymoon and then move to a base in Fort Campbell, Ky.

Spira, who completed the Undergraduate Teacher Education Program at Harvard, will look for a job teaching middle or high school while Hoham awaits deployment.

Hoham described Spira as strong-willed, sweet, and caring. “I think she’s capable of doing the Army thing,” he said. “It definitely takes the right person.”