The Present and Futures of Latinx Punk 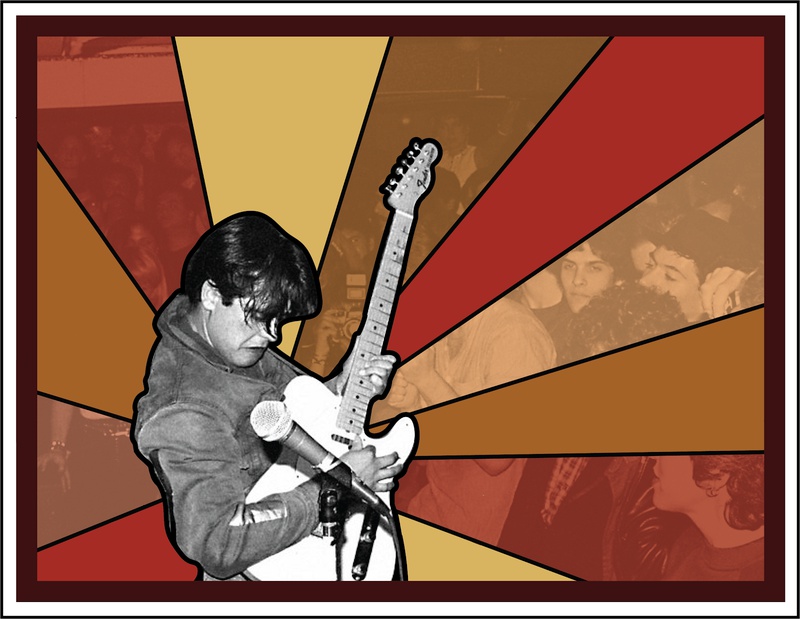 Internationally, the Latinx punk movement only continues to grow. Across Latin America and the United States, new scenes continue to crop up in places where the genre was once overlooked (such as Toledo, Ohio) and to expand in places where punk has long been a cultural mainstay (like Bogotá, Colombia). Once a genre reserved mainly for white, cis, heterosexual men, punk has more readily embraced the idea that its community should be a refuge for those who don’t fit in with or who want an escape from the mainstream. The Latinx community within the genre — namely the women and people of color — has played a big role in furthering that vision.

In New York City, it’s bands like Las Ratas en Zelo, an all-female outfit whose members pride themselves on their hard-hitting punk music which comes at fans with “more ESTROGEN than ever!!!” according to their Facebook page. Performing in both English and Spanish, the band is a mainstay in the city’s punk scene, where they have performed at various events including the 2018 celebration, Latinx Punk Fest.

In Monterrey, Mexico, it’s bands like Cremalleras. The female-fronted duo — inspired by the music of Chicana punk rocker Alice Bag — makes loud, unapologetic punk music driven by fierce drumming and even fiercer vocals. Songs like “Ex-Novios” (ex-boyfriends) are almost violent in their musicality as the singer rages against past flames.

In Bogotá, it’s female-fronted band Exilio, a group of Venezuelan refugees living in Bogotá who bring scathing political commentary into their performances. In Minneapolis, it’s Verminoze, a more melodic punk band that has been making music since 2015 with a sound similar to Los Saicos of 1960s Peru. In Toledo, it’s the hardcore band Frente Norte, known for being one of the only Spanish-singing punk groups in Ohio. And in Mexico City, it’s bands like Riña, an all-female hardcore group, who further the reach of Latinx punk beyond their home city.

The list of Latinx punk rockers taking the movement by storm is endless and part of a grander tradition forwarded by the Latinx punk legends that made their own scenes, primarily in Los Angeles and throughout Latin America, from as early as the 1960s.

Like the punk bands that took Latin America by storm in the 1980s during the third wave of democracy in the region, many of the punk groups making music now do so with politically-charged lyrics. Though the time and place has changed, the content of the music has largely remained the same. Bands like Diversity in Los Angeles are still protesting the same oppressive structures as their predecessors. Inspired by punk bands of the Reagan era and their own political rhetoric, Diversity writes music about issues specific to the Latinx community.

Still, the Latinx punk movement has room to grow in terms of inclusivity.

Though there are increasing numbers of female-led, femme, and queer punks in the scene — like L.A.’s Causa, a “queer people of color punk” band who write about issues affecting the LGBTQ+ community, for example — the fact of the matter is that the men in the scene are still seen more prominently. Many simply blame the machismo of the Latinx community, but to simply write it off as a Latinx-only problem would be to ignore the long-standing sexism and misogyny that has kept women out of music scenes across the board. At the same time, bands like New York’s female-fronted group Olor A Muerte are actively taking a stand against this very misogyny with politically-charged tracks like “Fuck Your Macho Behavior,” in which lead vocalist Analia sings out against the scene’s machismo: “Fuck your macho behavior / I wanna feel safe…. You just care about your stupid shows / We don’t like you.”

Though many of these Latinx punk musicians have yet to receive enough attention or validation from more exclusive, mainstream punk circles, the space they take up is only growing. In spaces like New York, where the general punk movement is smaller and more diverse, these otherwise segregated movements are blending and sharing influences, facilitated by key music venues like ABC No Rio on the Lower East Side. As movements continue to expand and globalize, the role of of Latinx punks will continue to grow and innovate at the fore of the genre — just as Los Saicos did in the very beginning, way back in 1964.

— Staff writer Sofia Andrade’s column, “Demolición: Punk and Latinidad” explores the often overlooked Latinx roots of the punk scene. You can reach her at sofia.andrade@thecrimson.com. Follow her on Twitter at @SofiaAndrade__.

‘¡Viva Zapata!’ — The Legacies of Latinas in Punk