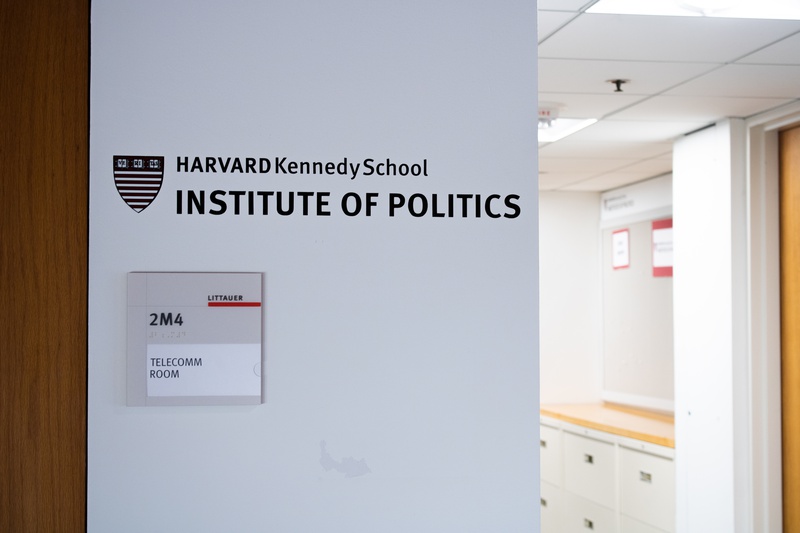 Former New Jersey Governor Chris Christie analyzed the state of the Republican party and President Joe Biden’s response to Russia’s invasion of Ukraine in a Harvard Institute of Politics Forum on Monday.

Christie served two terms as governor from 2010 to 2018 and briefly ran for president in the 2016 election before dropping out of the race following a loss in the Republican New Hampshire primary. Harvard Kennedy School professor David R. Gergen moderated the event alongside Bridget K. Toomey ’23.

When asked about the Biden administration’s response to the war in Ukraine, Christie criticized the United States’ relations with Russia throughout the last two decades.

“To look at it just as a Biden administration technique is to not really understand the nature of the crisis,” he said. “This crisis, in my view, really started in 2008 when President Bush, 43, took a rather passive approach to Vladimir Putin’s entry into Georgia.”

Christie added he believes former President Barack Obama also did not adequately react to Russia’s annexation of Crimea in 2014, setting a precedent that failed to deter Putin from invading Ukraine.

He also said he thinks pressuring Russia to completely withdraw from Ukraine would be “an impossible task” and called for the United States to follow the lead of Ukrainian President Volodymyr Zelenskyy in any future negotiations.

Looking forward to the 2022 midterm elections, Christie was optimistic about the Republican party’s future, predicting the party may assume a majority in both the House of Representatives and the Senate. He noted, however, that the Senate may pose a larger challenge for the Republican party.

“It’s tougher math in the Senate for Republicans in 2022,” Christie said. “So I’m not supremely confident we’ll take the Senate, but I think it’s more likely than not.”

“I am supremely confident we’ll take the house, as long as we don’t do anything stupid,” he added.

Mikaël H. Scaramucci ’22, who attended the forum, said he was eager to hear different political perspectives regarding the country’s future.

“I’m always open to hearing other perspectives and other opinions, and Chris Christie has been a bit more critical on some aspects of Trump and the political party,” he said. “I thought I’d want to hear him out because he’d do so in good faith here.”

—Staff writer Rafid M. Quayum can be reached at rafid.quayum@thecrimson.com.