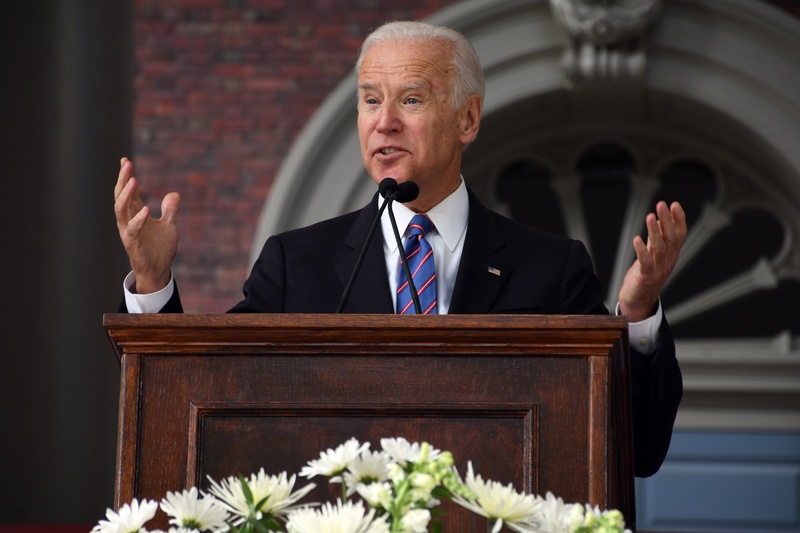 Harvard students reacted with disappointment and frustration after President Joe Biden said on Feb. 16 he would not forgive more than $10,000 in federal student loan debt per borrower, singling out Harvard as an institution whose students did not require debt relief.

“I will not make that happen,” Biden said in response to an audience member who asked what he would do to push for $50,000 in debt forgiveness.

Morgan R. Pratt, a Master of Public Policy candidate at the Harvard Kennedy School, said they were concerned Biden seemed to be using his position “to actively push the population right” on the issue of debt forgiveness.

“I understand that Biden has the authority to act unilaterally on this issue,” Pratt said. “Using a town hall to sow doubt and discredit the position of student loan forgiveness is really troubling to me, personally.”

After the town hall, Democratic leadership renewed calls for the administration to pursue greater debt relief.

“Cancelling $50,000 in federal student loan debt will help close the racial wealth gap, benefit the 40% of borrowers who do not have a college degree, and help stimulate the economy,” they wrote in a joint statement on Feb. 17. “It’s time to act. We will keep fighting.”

In an email to The Crimson, an aide to Warren cited multiple analyses that support forgiving $50,000 in debt, including estimates from Brandeis University that projected such relief would result in complete loan forgiveness for over 75 percent of households.

Jason E. Anesini, a third year Ph.D. candidate in Chemistry, said the net difference of $40,000 between Biden’s campaign trail promise of $10,000 and Democratic senators’ proposal of $50,000 per borrower would make a “huge difference.”

“Getting rid of student loans definitely allows people to study disciplines that are interesting to them, not necessarily think about, ‘Well, what’s the job I’m getting after I graduate?’” he said. “I think as well, there’s a real mental health risk that people take on bearing six figures worth of debt from their undergraduate experience.”

Cassandra Luca ’21, a former Crimson Arts editor, said Biden should go farther than canceling $10,000 of debt per borrower and eradicate student loan debt in its entirety.

“It makes sense that if you want to have a robust middle class, you would eliminate it,” she said. “The calls have been out there for President Biden to give out to eliminate $10,000 off of everybody’s student loan debt — I would go further and say that we should just erase it, period.”

“It’s just really a question of, ‘If you have loans, should they be forgiven?’” Luca added. “And I believe the answer is yes.”

Eileen Connor — the legal director of the Project on Predatory Student Lending at the Harvard Law School — critiqued Biden for his emphasis on students at elite institutions.

“The reality is that the majority of students who graduate from Harvard and the elite schools the President mentioned in the CNN town hall graduate with zero student loan debt,” she wrote in an emailed statement.

Connor wrote that the focus should be on another demographic: students saddled with debt from for-profit colleges, some of whom she has represented in court.

“When we talk about student debt, people like our clients — who went to for-profit schools mostly for vocation-specific certificates and associate degrees — get lost,” Connor wrote.

Ultimately, Pratt said they do not anticipate Biden will follow through on his campaign promises of debt relief at all.

“I wouldn’t expect anything at this point,” Pratt added. “It’s making me think he was just pressured into taking this position on student loans.”