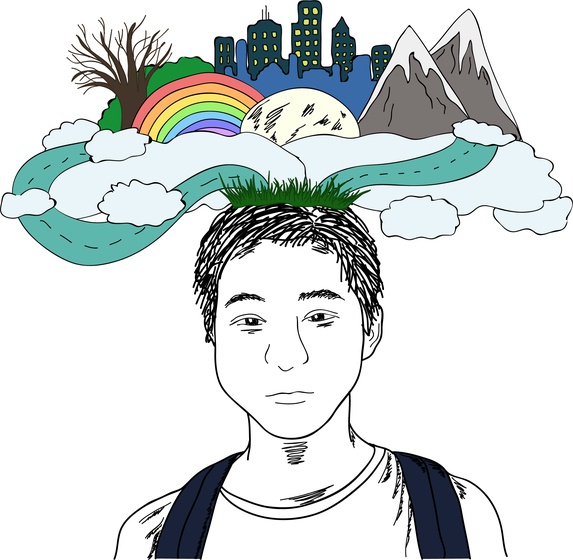 But sometimes I wonder, if I’d carried out my summer as planned, if I’d done my internship and went back to Harvard, would I ever have had these thoughts? Would I have realized that journalism wasn’t the field for me? Would I have committed to changing concentrations? Would I have mustered the gusto to commit to an even less employable career path? I can’t help but think the answer would be no.

If you were to ask me what I did during my high school summers, I honestly couldn’t tell you. I probably hung out with friends, read some books, played a whole bunch of video games. I know I made a few trips to visit family in China, and I think I did some occasional volunteering and tutoring to make money. That’s really it. No internships, no projects, no summer camps. Just a lot of free time — a break.

I think of summer differently now.

Topping the list of spring semester conversation starters is the classic: “What are your summer plans?” And I’d say the answer is almost always some variation of, “I’m applying to/going to be [interning/working/studying abroad/researching] at [company/city/organization].” And if the OCS pamphlets are even semi-reliable, there are very few Harvard students who treat summer break as anything resembling a break.

My plan for this summer, for instance, was to fly home after finals, spend a few days with my family, and then move up to Los Angeles, where I’d spend my summer doing a paid internship — splitting my free time between hanging out with friends in LA, making weekend trips to Disneyland, and visiting my parents back in San Diego. And when my internship ended and I’d had my fill of the SoCal sun, I’d go back to Harvard. A perfect summer.

That’s not what happened.

On March 10, we found out we were being kicked off campus. On March 15, I flew home to San Diego, two months ahead of schedule and straight into a two-week bedroom quarantine. On April 7, my recruiter called to inform me that my internship had been cancelled. On June 8, my dad was rushed into the emergency room, and on June 13, he passed away, losing a five-year-long battle with cancer.

And my world melted.

As is the case, I would imagine, with most Harvard students, I’m generally a fan of busyness. I like filling my Google Calendar to the brim with sundry color-coded rectangles and feeling, at the end of the day, like I’ve made the most of my time, like I’ve “accomplished” something. And I’d say this fixation on busyness, on filling time, doesn’t end with the school year; I’d argue it’s a big part of why so many of us feel the need to define our summers by doing something.

But when my dad passed away, the GCal dissolved; the orderly rectangles turned into incoherent, multicolored streaks. I’d wake up in the morning, rub the gunk out of my eyes, and suddenly it’d be three in the afternoon. I’d float from my bedroom to the bank to the grocery store to the funeral home to the dinner table, as if my body was on autopilot and I was asleep at the wheel. For weeks, I felt the world around me march forward, and I had no desire to chase after it.

And yes, those weeks absolutely sucked (deciding funeral plans isn’t exactly made easier by a pandemic), but things also slowed down. I found that, for the first time in a long time, I had time to think — to really think. No club meetings or classes or work or assignments. No going out for food or gathering with friends. Just me and my thoughts.

And did I come up with answers? No, of course not. I’m like 19 years old. But the point is I really, seriously grappled with them. Not as a passing thought, not as a mental pit stop in-between club meetings and study sessions, but as genuine self-reflection. And I’m only recently realizing how rare that actually is.

Harvard is a place of infinite opportunity, of hundreds of things to do and thousands of people to do them with. Don’t get me wrong, this is wonderful — but it can also make you feel guilty about “wasting” your time here, about quitting clubs or changing concentrations or trying new things.

I’ve been talking to a bunch of freshmen recently. So many of them introduce themselves by saying, “I want to concentrate in Government,” or “I want to join HRO.” And every time I hear that, I want to yell at them, “But how do you know?!” Sure, many of them could be right; one of them may be destined to be president, and concentrating in Government may, indeed, be the first step on that path.

But there are probably just as many students who are wrong — who have an undiscovered love for molecular biology or who would actually enjoy ballroom dancing far more than playing the violin.

It’s like when you go out for ice cream: Sure, you might ask to sample a new flavor or two — red velvet cupcake or, perhaps, mango pina colada. But when it comes down to it, when you have to commit to a flavor to shell out five bucks on, seldom do you deviate from the same old mint chocolate chip you’ve ordered a thousand times. You become so scared of making a wrong choice, of wasting your time and money, that you go with the safe one instead.

And I think the beauty of this summer — this slow, empty, quarantined summer — was that it gave me the time, the permission, the mental space to explore new flavors.

I started biking again. I read a lot — the trashy, YA romances that I adored in high school. I watched the Frozen 2 documentary (twice), and as I listened to Jennifer Lee explain the narrative nuances of Olaf for four hours, I had an epiphany: I realized that I wasn’t actually interested in journalism, that what I really wanted to do was make animated movies. I dropped my Anthropology concentration. I cold emailed and called and Zoomed a bunch of people in the animation industry and just learned a whole lot. I also spent a lot of time with my mom. We talked and cooked and cried and laughed and I remembered how important my Chinese identity was to me — how important the Chinese community is to me.

There’s this quote from season one of “The Legend of Korra” that goes: “When we hit our lowest point, we are open to the greatest change.” It feels melodramatic to say that I’ve hit my lowest point at 19, but I don’t know: coronavirus, my dad, being deprived of tomato basil raviolini soup for another year — doesn’t seem like it can get much worse.

I promise this is not about me wanting to toot my own horn for finally “finding myself”; check back in a few weeks, and I’ll probably have moved on from animation to education or marketing or law or something.

But sometimes I wonder, if I’d carried out my summer as planned, if I’d done my internship and went back to Harvard, would I ever have had these thoughts? Would I have realized that journalism wasn’t the field for me? Would I have committed to changing concentrations? Would I have mustered the gusto to commit to an even less employable career path? I can’t help but think the answer would be no.

And if you think about it, we only have one or two or three summers left! Once we graduate, we become Real Adults™, and real adults don’t get this three month break from life every year to fill with whatever they want. I think it’s so easy to lose sight of that, to forget what it was like when we were kids and summer break was actually, well, a break.

And the thing is, it still can be! Any notions otherwise come from the weird brainwashing that being in the Harvard bubble does to us, that time has to be filled in order to have value. We become so afraid of hitting our lowest point — of going back to square one, of taking real risks, of slowing down — that we rob ourselves of that opportunity for great change.

— Staff writer Kalos K. Chu can be reached at kalos.chu@thecrimson.com.