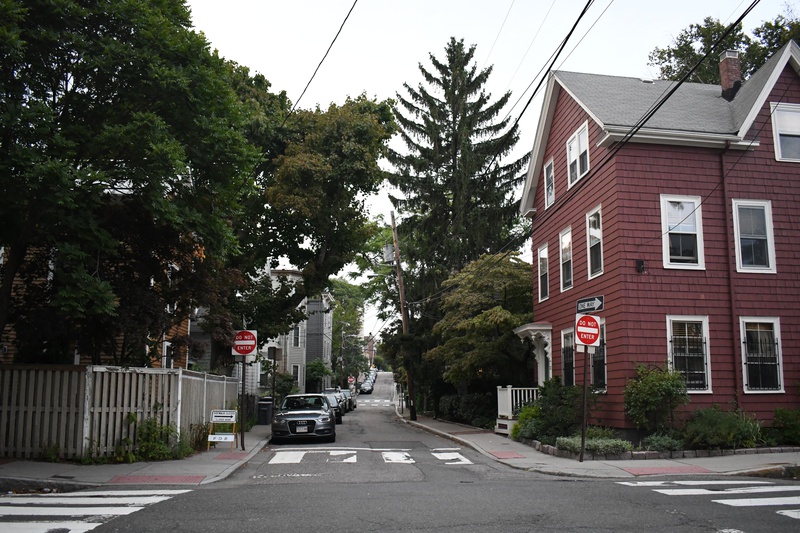 A quiet Cambridge street. Some Cambridge residents are protesting the addition of affordable housing in the city.

Albert’s tweet, which has since been deleted, criticized Kennedy for his comment that the distribution of personal protection equipment in the U.S. was “embarrassing.”

“Another liberal fucking jerk who just happens to be better than the clown he’s running against. Sad for us,” Albert tweeted Sunday afternoon in reference to Kennedy’s bid to unseat Markey this fall.

After CPD issued an apology on Sunday denouncing the political commentary as “inappropriate, unprofessional and disrespectful,” Albert issued an additional statement Monday taking responsibility for the tweet.

He called his actions “regrettable” and directed his apology to Kennedy, Markey, the city of Cambridge, and CPD affiliates.

“Unfortunately, in a moment of heated political debate with friends, I posted commentary that was out of character and not something I am proud of,” Albert wrote. “I — not the department — deserve the criticism that has been directed to the Police Department over the last 24 hours.”

Albert wrote he recognized the severity of the incident was exacerbated by his executive position and long history at the department.

“As a 32-year-member of the Cambridge Police Department, and someone who grew up in the City of Cambridge, I know the high standards the Cambridge Police are expected to uphold in the community,” he wrote. “Those expectations are rightfully heightened with someone in my executive position – on and off-duty.”

As CPD officers take precautions to limit the spread of the virus and prioritize the safety of Cambridge residents, Albert said he regrets that his profanity-laced tweet may have detracted from the department’s battle against the coronavirus pandemic.

“During this unprecedented time and COVID-19, my colleagues at the Cambridge Police Department have been doing extraordinary work supporting and protecting our residents,” Albert said. “To detract from their exemplary efforts because of my poor lapse in judgement is something that I will forever carry with me.”

Albert will face disciplinary action in accordance with department policy and procedures, CPD spokesperson Jeremy Warnick wrote in an email. However, because of Massachusetts General Laws, Warnick wrote CPD is restricted from disclosing Albert’s punishment to the public.

In response to Albert’s inadvertent tweet, CPD will restrict administrative access to its social media accounts to the Director of Communications and Media Relations, which Warnick holds. Previously, members of the CPD Command Staff, including deputy superintendents and superintendents could also access the official accounts.

Kennedy and Markey’s offices did not respond to requests for comment on the criticism.