Calling Carla D. Martin ’03 a ‘chocoholic’ is a bit of an understatement. Martin, a lecturer in the Department of African and African American Studies and the Executive Director of the Fine Cacao and Chocolate Institute, has dedicated her life to studying all things chocolate, from the culture of cultivating cocoa beans to the politics of picking a chocolate bar off the supermarket shelf. Martin’s work for the FCCI has taken her all over the world to create common understanding among global chocolate distributors, teach cacao growers how to better evaluate their products, and promote collaboration between producers and consumers in the chocolate market. Editor’s Note: This interview has been edited for length and clarity.

FM: When did you realize that chocolate was the subject area that you wanted to study?

CM: I lived in West Africa for a period of about three years over time when I was doing dissertation research. I was living in a small archipelago called Cape Verde, and the family that I came to consider my Cape Verdean family had had family members who were indentured by the Portuguese government under colonialism. They were sent to work on cacao and sugar plantations in Sao Tome, another small group of islands off the coast of west central Africa. As I looked into this, I learned that many of them had lost touch with their family members, and in fact, they had been working in conditions of slavery up until 1962. I was shocked to learn that that had been going on for that long. I thought to myself: how is it possible that chocolate, this thing that I’ve always wanted, this luxury that I had always been able to enjoy, has such a problematic labor condition of production and that so many of us are unaware of that?

FM: How do the classes you teach at Harvard and the work you do for the Fine Cacao and Chocolate Institute inform each other?

CM: What I’ve found is that all of my academic work has set me up to be effective as the leader of a non-profit organization. There is always overlap in what I end up doing. I’ve especially found that it actually improves what I’m able to do with students when I come back into the Harvard classroom. I’ve taught this chocolate class, for example, for about five years, and there were times last spring semester when I thought to myself: how is it possible that I’ve taught this before when I’ve only learned what I’m saying now over the last six months? It’s constantly keeping me fresh, and it’s constantly updating my knowledge and enriching what I’m able to do with students.

FM: You also have a large public following on social media. Have there been times when you felt your online presence has made a big difference in the world of chocolate?

CM: There have been a variety of different scandals in the chocolate world over the past several years. Whenever a new report comes out about, say, child labor in cacao production (which is very popularized by the media), I’m able to have a real, immediate impact in terms of how people interpret and understand that report on Twitter. Although, what I will add is that it comes with some negative sides. I have had various neo-conservative groups attack my work via social media or via email in creepy ways. They write in and they say, ‘you’re trying to ruin M&Ms for everyone!’

CM: Because I work in the field of anthropology, my work is very holistic, so I’m really trying to see all of these different levels of production and consumption and how they connect with one another. What I find most useful—especially through the social engagement that I do with the nonprofit organization—is that I try to make decisions from the ground-up. And typically, the way that we as North Americans view chocolate is from the top-down, because we’re at the end stage of the supply chain. We have very little connection to the producers who make those raw materials without which chocolate wouldn’t exist.

FM: Has tasting the best chocolate in the entire world essentially ruined Tootsie Rolls and Snickers Bars for you?

CM: [Laughter] I was raised by a couple of hippies, and I was not allowed to have a lot of sweets. For me, any time I was bribed, I was bribed with candy because people knew I never got to have any. So, to this day, I love Reese’s Peanut Butter Cups, M&Ms, Hershey’s Kisses... I will never turn those down. I think that it’s important that we understand them as a category of chocolate that’s available to us. Hershey’s Kisses are eleven percent cocoa content. The rest is sugar and milk and milk fat. But, I’m aware of the fact that when I have a Hershey’s Kiss, it’s nostalgic for me and has a very particular flavor profile. I think about childhood. 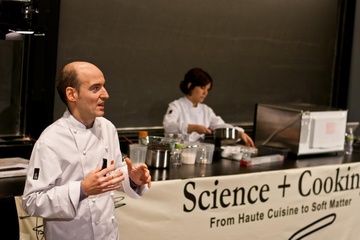 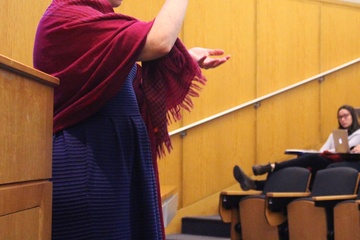