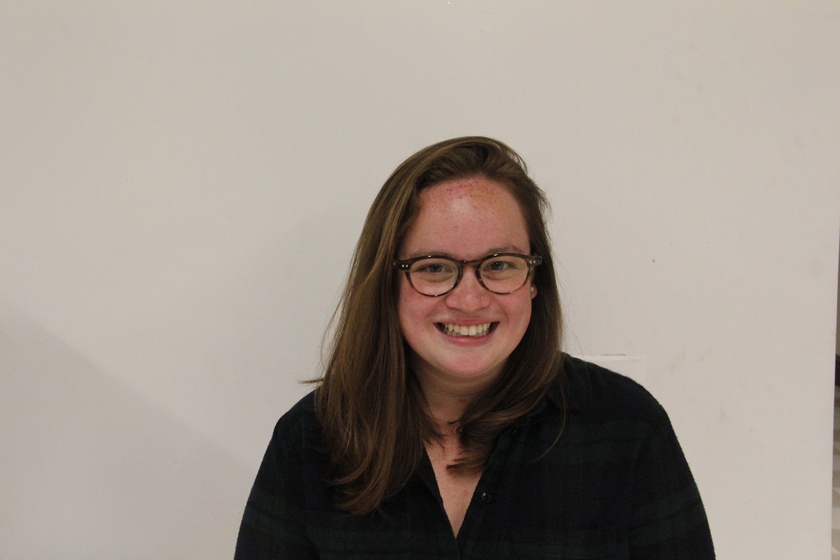 Isabella S. Beroutsos Cordelia F. Mendez is a History concentrator in Cabot House, as well as a former Sports Chair and a former FM Chair.

At some point, perhaps halfway through college, I realized I didn’t need to fall head over heels in love because I already was in love.

When I was a senior in high school, I imagined that the cinematic adaptation of my college experience would feature dappled sunlight streaming through crisp foliage, a soaring Adele soundtrack, and, most importantly, a sweeping love story. My hand clasped tightly with his, strolling through Harvard Yard, cozy sweaters brushing up against each other. There we are again, this time at a football game, swaddled in a flannel blanket and taking nips from a flask. We’re not quite Oliver and Jenny, but I have her hair.

As it happens, this film would turn out to be, for the most part, entirely fictional.

Here’s a central confession from my four years in Cambridge: I never fell in heart-wrenching, breathtaking romantic love.

That’s not to say I committed to a monastic lifestyle. There were several restless nights, achingly lonely despite the ember-like body next to me. Boys who were neither friend nor quite boyfriend. There were hours—too many—spent attempting to decode signs and text messages and awkward dining hall interactions. Cozy dinner dates and moonlit kisses on Mt. Auburn and just a few fleeting moments of genuine connection. There was, however, no great love.

Here’s what I did find in Cambridge: enough female friends to form a coven.

At some point, perhaps halfway through college, I realized I didn’t need to fall head over heels in love because I already was in love. I was in love with the dozen or so women whom I depended on then and still lean on now. Many college relationships would come and go, but even then, I knew these people were forever. Armed with wit, white wine, and, admittedly, lots of whining, we fit together like pieces of a jigsaw puzzle, gracefully complementing one another—flaws and all.

I suspect this is something many Harvard students can relate to. Good friends are, or at least should be, aplenty in the university setting. Still, I am continually struck—dazzled and mesmerized, even—by the sophisticated, complex, wise, snarky, thoughtful, stubborn, and glamorous young women I am surrounded and supported by. I have relished my open-ended independence over the past eight semesters. These friends have made that independence breathlessly entertaining too, and I’m not so sure I could have ever given just a little bit of that up for just one person. Especially in the age of “Girls,” Amy and Tina, and Mallory Ortberg, female friendship and the power of the single woman are at an all-time high in the media. It’s been a joy to experience that independence and camaraderie first hand.

A few weeks ago, four of us stumbled out of a loud party in a frenetic blur. Buzzing with lots of energy and a little too much gin, we collected ourselves on Holyoke Street and watched our freshman selves exit the Owl basement, feeling older than we should. A joking suggestion to go for a joyride in a car one of us keeps on campus turned serious when we realized our designated driver was, in fact, entirely sober. Clad in formalwear, we piled into her car and sped off in pursuit of a midnight snack. We found it at Doughboy Donuts & Deli in Southie, an establishment described as “very Good Will Hunting” on Yelp, which at 2 a.m. on a Sunday mostly serves glazed pastries to heavily armed members of the Boston Police Department.

Between bites of a butternut donut and sips of iced tea, I watched the other three giggle and gesticulate wildly, and something hit me like a wave. They tell you that Harvard’s about the people, and they certainly are right. What they don’t tell you is exactly how those people, the ones who matter, will make you feel: whole again. As we drove back to Cambridge, one friend declared that this was exactly where she wanted to be in that moment, with this group of people. I couldn’t have agreed more.

And so dearest lady friends, as we often call ourselves, this is truly a love letter to you. In the face of personal disappointment and unrequited affection, family emergencies and endless embarrassing moments, it has been your open arms and biting humor that have held me up and kept me going. When I’m bedridden and senile, I hope it’s the mostly-rosy memories of you all that come flooding back. Memories of sunset bike rides back to the Quad, impromptu trips to Somerville and Savannah and Prague, summer weekends at the beach, morning power walks around Fresh Pond, rapid-fire group texts, Valentine’s Day at the Brattle Theater, and bottomless feasts of pad thai and cold beer. I don’t think I’ve said this enough over the past four years: Thank you for being my Harvard family, and, at this point, my real family too.

The actual movie version of college goes a little more like this. A group of young women sit at a table in a dining hall or Clover or, if it’s a Thursday night, Hillel. There are somewhere between three and seven of them. They’re usually dressed rather similarly: grey and navy sweaters, black pants, white sneakers, horn-rimmed glasses, waxed cotton coats, french braids and ponytails. There is laughter, uproarious laughter, laughter that makes your chest hurt and eyes water. They gossip, for hours at a time, swapping lurid stories about acquaintances at a breakneck pace. There’s a rhythm that an impartial observer might describe as exhausting, and a distinct vernacular: jobs are “yobs,” friends are “fronds,” and being single is really being “songle.” More often than not, a quick dinner stretches on for hours and homework is avoided. As darkness falls, they finally disperse for pressing commitments, voices lilting like fireflies fluttering in the night.

This film, of course, is as real as can be.

Cordelia F. Mendez is a History concentrator in Cabot House, as well as a former Sports Chair and a former FM Chair. She’s mean but well-meaning.