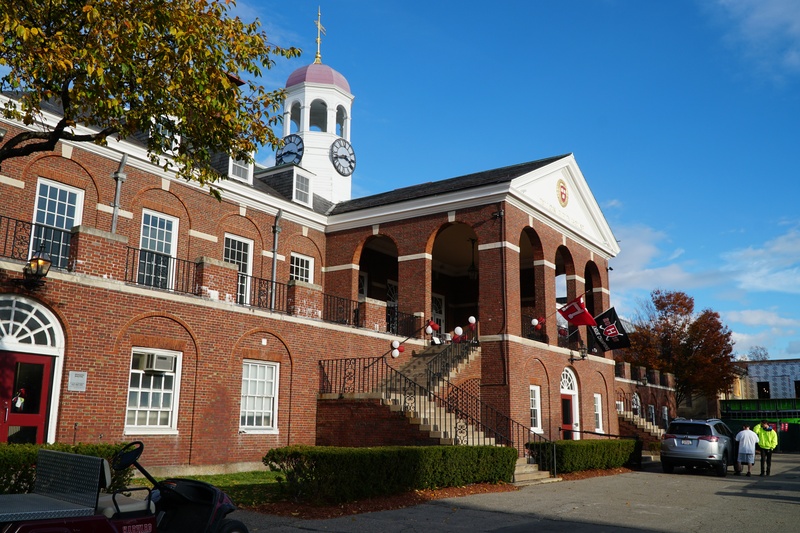 The Harvard men’s cross country team produced yearly spreadsheets about members of the women’s team, sometimes writing “sexually explicit” comments about them, according to team correspondence obtained by The Crimson.

The team created the spreadsheets each year ahead of an annual dance with the women’s team. In the documents, the men guessed which women would invite certain men to the event. In certain spreadsheets, the men added comments about the women’s physical appearance.

Details about the men’s cross country team’s spreadsheets indicate that organized written evaluations of female athletes’ physical appearances have not been limited to the men’s soccer team. Last month, The Crimson published a story about the 2012 men’s soccer team, which produced an explicit document evaluating freshmen recruits on the women’s team on their perceived sexual appeal, prompting current and former members of the cross country team to discuss their own prior practices.

“Hahaha dude 2012 was the absolute worst I saw. It got tamer each year after that,” wrote one recent graduate.

“It’s terrible God,” agreed another member of the group, a recent College graduate.

“Also 2014 talked about a specific person getting black dick a lot," he wrote.

In an interview Saturday evening, men’s cross country captain Brandon E. Price ’17 said the team was “particularly ashamed of” the 2014 spreadsheet, but that team culture has since shifted and the 2016 spreadsheet does not contain any lewd comments.

“We have really changed the team culture since then, and now the spreadsheet is clean and we try to refrain from making comments like that,” Price said.

Last Thursday, after the Office of the General Counsel reviewed the men’s soccer team’s “scouting report” and discovered that the practice had continued after 2012, Harvard cancelled the rest of the men’s soccer season. University President Drew G. Faust said in a statement that the men’s team had not been “forthcoming when initially questioned” about their involvement in the “reports.”

In an email sent to members of the men’s cross country team Saturday afternoon, Price asked the team to “come clean with anything that we have typed down in the past.” He wrote in that email he had shared a document that “contains sexually explicit content about the girls’ team” with Coach Jason S. Saretsky.

“We don’t want the school to find this, without us first bringing it to them,” Price wrote. “The problem with the Men’s Soccer team was they tried to hide their stuff.”

In their internal cross country group message, one member expressed relief that none of the spreadsheets were “as bad as anything that made the article on soccer.”

According to their messages, the multiple recent graduates of the cross country program also removed viewing permissions on some of the spreadsheets.

One member wrote that the team should restrict access to spreadsheets because of the “untrustworthies” who could view them.

“We know who they are,” the member wrote.

“Yeah probably for the best,” another responded.

Some members of the group message also expressed concern that The Crimson would gain access to the spreadsheets, according to the correspondence.

In an interview Thursday, before The Crimson reported information about the men’s cross country team, Faust said there have been preliminary discussions as to whether traditions like the men’s soccer team’s “scouting report” take place on other teams.

“I felt it was important to at least try to get some preliminary notion of, are there people who know of other incidents, so the question has not been delved into deeply beyond the soccer team,” Faust said.

“I have asked that it at least be raised as a question: is this wider spread?” she added.

Faust also said that Athletics Director Robert L. Scalise had brought together coaches from across Harvard’s Athletics Department to discuss the cultures of their respective teams.

“Harvard Athletics does not tolerate this sort of demeaning and derogatory behavior, and we will address any credible information we receive,” Scalise wrote in an emailed statement Saturday evening.

Dean of the College Rakesh Khurana wrote in an emailed statement that he did not know the details of the cross country spreadsheets.

“We must strive toward a culture and context of respect, dignity, and compassion - and all of us have a role to play in that work,” Khurana wrote.