Rolling her head back against the driver’s seat and snapping her gum, M asked the question that had been ricocheting through the air since we all came home from college: “Where should we go?”

Rolling her head back against the driver’s seat and snapping her gum, M asked the question that had been ricocheting through the air since we all came home from college: “Where should we go?”

It had been the kind of winter break that can only happen in the suburbs, filled with basement parties, trips to the mall, and most of all, driving. Endless driving, directionless driving along curved roads covered dangerously in ice, driving through neighborhoods where we once rode bikes through the streets, driving at night with no one else on the road. Driving by our houses, our middle school, the deli parking lot that had once been the prime location for smoking and eating Pringles on the pavement.

The five of us had spent the past four months living separate, unconnected lives, but here we were again, crammed in the dirty white Toyota, jean-clad knees pressing against each other. The air smelled like our deli purchases, its fumes wrapping us together; we were united in our immobility, in our simple lack of places to go.

For kicks, we parked in front of the high school and I thought that we might as well still be students there, desperate to find a space between its sweaty hallways and our parents’ homes, somewhere along our local road, drifting by at 30 mph.

A soft buzzing sound, and we all pulled out our phones, grateful for the distraction. Soon the car filled with the sound of tapping fingers—E’s, the lucky receiver of the text message. M scraped her nails on the steering wheel. I rubbed my palms against my thighs. Otherwise, it was silent.

Since returning from Harvard, I had felt like I was speaking a different language. How could I tell stories about my life, when these stories included words like “entryway” and “HUDS” and “section”? TFs are TAs, and final clubs are like frats, but how do you explain a “comp”?

I guess the thing about Harvard that I really couldn’t translate, the thing that made it so different from my hometown, was that not once all semester had I wondered where to go. I was always going someplace, sometimes too many places, rushing between lectures and sections and meetings. There was no cruising, no drifting, no circling around and around some invisible epicenter—and not just because we weren’t allowed to have cars.

Unable to express this, I ate another Pringle and stared blankly at the windshield.

“I’m almost done with these. We could go back to the deli.”

M shrugged, and put the car into reverse. She stepped on the pedal, and we drove, exhaust fumes forming shapes in the air like cold breath on a winter day. 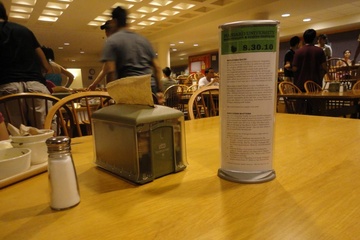 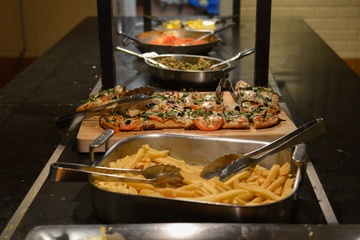