Harvard sophomore Matt Freese has chosen to forego his further two years of NCAA eligibility, as he signed for the Philadelphia Union on Friday. Freese spent time in the Union Academy before coming to Harvard, and will now join six other homegrown players on the Union roster.

For the third game in a row, the Crimson was faced with less than ideal weather. The Crimson played in fairly windy conditions on its Senior Night after enduring hail and rain in Hanover, N.H., and cancelling a game against Northeastern due to lightning.

A hard-fought match ended in heartbreak for Harvard, when the team let the first goal of the match sail by in overtime of its contest with Brown this weekend.

Men's Soccer Falls to Two Ranked Opponents on the Road

This weekend, Harvard tripped to Colorado to challenge two formidable foes: No. 5 Denver and No. 23 Air Force. As their rankings may suggest, the home teams ran away with both games, as the Crimson fell to the Pioneers, 3-1, before bowing out to the Falcons by an even more lopsided score of 6-1.

Morgan Cheek and Robert Shaw have played with each other for longer than their four-year stint at Harvard.

Because futsal is open to anyone and allows everyone to play, it creates a pick-up style, recreational environment compared to the organized practices and drills of club sports. The structure also means that the people who take time out of their week to go play club futsal also happen to be extremely passionate about the sport.

Staying hot in Ivy League contests, Harvard women’s tennis finished off the weekend with two wins to stay undefeated in league play. The Crimson took care of business against its conference rivals Yale and Brown.

Harvard reclaimed a .500 overall record in its final tuneup before the start of Ivy League competition next Saturday against Dartmouth.

Harvard women's tennis had a busy spring break, playing four matches across eight days. Ultimately, the Crimson won two matches at home and then traveled to California, where it split a pair of contests.

Angela Ruggiero '04 Steps Down as Chair of IOC Athletes Commission

In late February, Angela Ruggiero ‘04—a former Harvard ice hockey player—stepped down from her position on the International Olympic Committee Athlete’s Commission.

Over spring break, the Harvard softball team is heading out west to Southern California to compete in the Loyola Marymount and UC Riverside Invitationals. The team will play seven games in five days.

On Thursday night, the Harvard women’s softball team boarded a plane to Orlando, Fla., where they will start their season in the Citrus Classic tournament. All of the teams that the Crimson will face this weekend come from competitive Division I leagues including the ACC, the Big Ten, and the SEC.

Taking to New York, the Crimson claimed two wins on the weekend—one against the Lions and one against Hofstra—with two weeks between the team and the EIWA Championships.

All weekend, the Crimson saw a lot of its success in doubles play. Harvard was able to pick up the doubles point against both Yale and Penn. 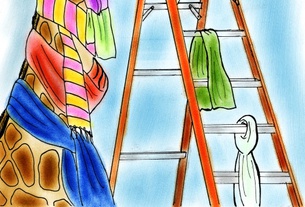