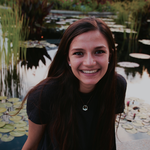 ​A company that revolutionizes ear infection treatment, an app to guide small business in emerging markets, and a toolkit to empower girls in STEM all won big Wednesday.

More than 100 Allston and Brighton homeowners and renters joined a grassroots coalition over the past week.

Some Allstonians are looking to restore a roadside strip of green land near Interstate 90 with Harvard's help after a similar attempt a decade ago failed to take root.

Launch Lab X—which is set to start in September—will offer mentorship, guidance, and resources to accepted applicants for nine months.

Over 700 attendees admired student artwork at the Ed Portal in Allston as part of the opening reception for a Harvard student-hosted art show Saturday.

Harvard recently completed the steel framework of the "District Energy Facility" in Allston that will provide electricity and water to the new SEAS complex.

As Harvard develops its plans for the campus, some Allston residents are concerned about the potential dangers of these pipes.

At 2:17 p.m. on Wednesday, the Boston Fire Department responded to a 911 call, which reported that two workers had fallen approximately 20 feet from the fifth floor to the third floor.

The plan the BPDA approved last week describes the development goals and intended uses for a particular 14.1-acre portion of the “Enterprise Research Campus."

Harvard in the City

Short-term renting may be the reason why a luxury residential complex in Allston has reached full capacity, according to a local real estate agent.

​Mass. Secretary Matthew A. Beaton called for further review by the Department of Transportation’s recent evaluation of Allston’s West Station.

In a Monday meeting, Allston residents and planning officials discussed the impact of community projects financed by a Harvard-sponsored fund over the last two years.

Almost seven years after it first opened, Harvard’s Innovation Lab is looking to expand its management team to address growing interest in entrepreneurship on campus.

Continuum, a residential and retail complex built on Harvard-owned land in Allston, has leased all its residential space and reached full capacity