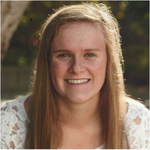 Staff writer Annie C. Doris can be reached at annie.doris@thecrimson.com.

Former President of France François Hollande delivered the closing remarks for the 2019 European Conference which took place at Harvard Kennedy School this weekend, calling for the creation of a “new Europe.”

Harvard Workers and Students March for TPS in Washington, D.C.

Harvard students and employees joined thousands of marchers from across the country in Washington D.C. Tuesday to rally for the preservation of Temporary Protected Status, a program that provides some immigrants with temporary refuge in the United States if their home countries are affected by armed conflict or natural disaster.

Harvard will receive 73,000 Turkish lira — equivalent to roughly $14,000 — after Halil Çil, a Turkish citizen, licensed Harvard’s trademark to language and private schools in Turkey without the University's authorization.

Houghton Library will undergo significant changes beginning this fall as part of a year-long renovation project designed to increase accessibility to the building, which houses Harvard’s rare manuscripts and books.

Harvard signed onto an amicus brief Friday that objects to Trump administration visa policy changes made in August that tightened visa overstay rules for international students. The University joins 64 other institutions of higher education in signing the brief.

University Professor Danielle S. Allen, who gave opening remarks at the conference, said it is vital to canvass the topic of reentry in order to accomplish criminal justice reform.

'Like Fire in the Middle' of Harvard Yard: Baldwin-Inspired Sculpture Draws Viewers

The installation was inspired by James Baldwin’s 1964 text “Nothing Personal," published at the height of the Civil Rights movement. The artist, Teresita Fernández, said the nation still struggles with issues Baldwin exposed.

The Creative Writing Program is expanding its course offerings this academic year, particularly to include a wider variety of nonfiction workshops.

Raimondo, a Democrat and the first female governor of the Ocean State, fondly remembers her time at Harvard.

‘A Leader of Growing Stature in the Art World’: Sarah Lewis Makes Her Mark

To participate in the inaugural Transcript Project, a contest for undergraduates, students submitted a piece of work that reflected on their academic experiences at Harvard not captured by their grades.

"Jesse McCarthy stood out unequivocally as the hottest new star on the horizon,” the Chair of the African and African American Studies wrote of the new hire.

Thirty-one of the 67 events included in this year’s iteration of Advising Fortnight—an annual program—focused on concentrations that fall under the arts and humanities umbrella.