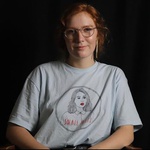 On “Punisher,” Bridgers doesn’t reflect anyone else’s sadness. She pulls us into her own.

Want to Watch ‘The Help’? Here Are 36 Things To Do Instead.

Want to watch “The Help?” Enjoy these Black entertainment staples instead.

Jen took her coffee with milk and one Sweet’N Low, iced in the summer. I handed her the pink packet, grabbing two Equals for Bruce before rushing to the donut rack for his glazed jelly stick and ice water with a plastic straw. Will took his coffee black with two Splenda and George usually asked for a milkshake, but only if Suzy was working (which she usually was). If not, he’d have a coffee and a bagel with extra cream cheese or a hot dog with raw onions, not grilled. I’d hand Lucy, a nurse practitioner, her cinnamon twist and cup of tea just in time to hear her chide George for his order — after all, he recently suffered a stroke. I identified my regulars by their orders long before I learned their names. They called me “Red” before they learned mine.

If you were to divide Bridgers’ discography into songs to cry to or drive to, “Kyoto” falls solidly in the second category, with the kind of headbanging chorus perfectly attuned to driving 70 mph down a freeway.

Soccer Mommy's latest album “color theory” does not succeed in spite of its contradictions, but because of them.

The Harvard Crimson sat down with playwrights Jessica M. Moore ’21 and Jakob L. Gilbert ’21 to learn more about the process of creating the Hasty Pudding Theatricals’ “Mean Ghouls.”

Men Explain Quentin Tarantino to Me

What concessions have to be made to bestow the title of “feminist” upon his films or, alternatively, to take it away?

Five Movies About Cats to Watch Instead of 'Cats'

Celebrate the release of Tom Hooper’s 2019 film adaptation by watching one of these five superior flicks about cats instead!

To quote Walt Whitman, “I am large, I contain multitudes.” One of my “multitudes” just happens to be that I am the inspiration behind Dolly Parton’s “Jolene.”

From Boston Calling 2019: Twenty One Pilots Earns Its Place

Dun and Joseph proved themselves to be more than deserving of their headlining slot — marrying concept, deft musicianship, and high-energy antics.

Not even the band could keep from nodding and dancing to their own tracks.

At Boston Calling, Mitski broke this fourth wall just a few times, letting the beauty of her music and performance art speak for itself.

From Boston Calling 2019: The ‘Weird Beauty’ of Christine and The Queens

Equal parts eccentric and elegant, euphoric and composed, Christine and the Queens let loose its “weird beauty” onstage, and Boston Calling was better for it. 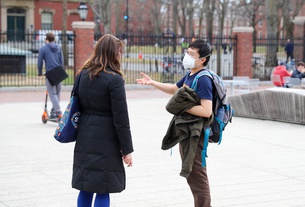