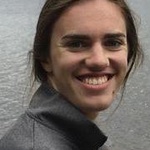 Alison W. Steinbach is an Associate News Editor for the 145th guard. She can be reached at alison.steinbach@thecrimson.com.

​Citing rising rents, Harvard Square pizzeria The Just Crust will officially close after being shuttered for “renovations” since July.

New Target to Open Near Quad in Porter Square

“It’s incredibly unfortunate that I will be graduating this year, because that means that I won’t be able to reap the benefits of this new Target as much,” Tess Saperstein ’18 said.

If approved by the City of Cambridge, the two eateries will join six other tenants in the student center’s ground floor public spaces.

"We are not closed,” said store owner Adam S. Hirsch. “We are not going anywhere anytime soon.”

The rise in appraised property values provides a window into the economic forces reshaping Harvard Square.

Police from the Middlesex Sheriff’s Department presented a court order to seize the property this morning.

The Cambridge Human Rights Commission is training square businesses to understand gender discrimination laws—particularly when it comes to gender-neutral restrooms.

In her letter, Faust wrote that universities like Harvard play a critical role in making the Boston area “a competitive place for Amazon’s next venture."

Bon Me and Pavement Coffee Look to Smith Campus Center

Bon Me and Pavement Coffeehouse could open in the renovated Smith Campus Center as soon as September 2018.

Chicken and Rice Guys Truck May Return to Plaza in Spring

After an E. coli outbreak linked to Chicken and Rice Guys temporarily shuttered its shops and food trucks this spring, the restaurant has been working to get back on its feet.

Landmarking the kiosk building could help maintain its architecture in the $4.6 million revamp of the plaza headed its way.

The lawsuit argues that because marijuana is still illegal under federal law, the proposed Winthrop St. dispensary should not be allowed to open.

​University Wine Shop, a favorite stop for Quad party hosts, will be moving one door down in November after facing high rent in their current location.