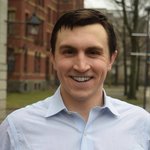 Michael is a member of the 142nd Guard. He covers the Harvard men's hockey team.

The Sabres acquired the rights to Jimmy Vesey (right) on Monday, giving the club a potential opportunity to unite the last two Hobey Baker Award winners in Buffalo. Jack Eichel (left) won the award in 2015.

Jimmy Vesey's double-overtime winner in Game 3 of the ECAC Quarterfinals against Yale launched Harvard on a path towards the NCAA Tournament in 2015.

Being Back on Top

How To College Right: Notes for My Olympic Sister

My Crimson experience was inseparably intertwined with my sister’s rise to the top of her sport. As I watched her smash world records and rack up wins, she not only inspired me as her number one fan but also placed in perspective the stories I’ve had the chance to tell in these pages.

Alexander Kerfoot and Devin Tringale have been named the 126th and 127th captains of the Harvard men's hockey program.

In 2015, Jimmy Vesey (right) finished as a runner-up for the Hobey Baker Award, which was given to then-BU freshman Jack Eichel (left).

First-Round Preview: The Harvard men's hockey team's Friday night date with Boston College at Worcester’s DCU Center will be the programs’ 124th meeting since 1919 but just their first in an NCAA tournament.

Harvard and St. Lawrence will fight for a spot in the ECAC championship game tonight in Lake Placid.

Kyle Criscuolo was honored as the ECAC Student Athlete of the Year prior to Friday's game.

On the strength of a season-high eight goals, the No. 12/12 Crimson unceremoniously dismissed Rensselaer in Game 2 of the ECAC tournament quarterfinals at the Bright-Landry Hockey Center, 8-2, clinching a spot in the conference’s final four in the process.

In the 53-year history of the ECAC tournament, Harvard has yet to win back-to-back postseason titles. For Vesey in particular, the next two weekends offer an opportunity to cement a special legacy.

The Crimson’s 10-year Ivy League title drought might not have ended in the way Harvard coach Ted Donato would have drawn it up, but a trophy is a trophy, no matter how small.

The last time Harvard took the ice at Ingalls Rink, co-captain Jimmy Vesey lifted the Crimson to a 3-2 double-overtime win in Game 3 of the ECAC quarterfinals on this shot against Alex Lyon. 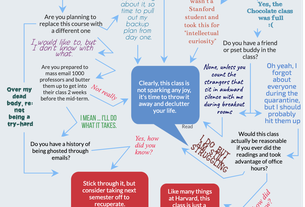 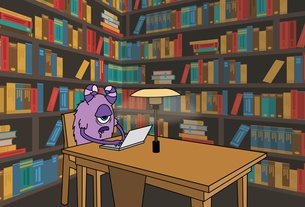