Statistical Breakdown of the Class of 2013

An interactive examination of the habits, preferences, and plans of the graduating senior class.

Where We Stand: The Class of 2013 Senior Survey

Harvard will sell $1.5 billion in private equity assets, as the Harvard Management Company continues its efforts to reduce the University’s illiquid holdings.

Hauser Lab To House Other Professors

The Digital Public Library of America, an initiative spearheaded by Harvard faculty members, is making fast progress toward developing a fully operational online database of existing digitized works by April 2013.

After spending the last 10 years teaching and conducting research at the Institute for Advanced Study in Princeton, N.J., economics professor and Nobel laureate Eric S. Maskin ’72 will return to Harvard in the spring.

The directors of HUL's new system of “affinity groups” will be selected following a 45-day review period during which faculty may offer suggestions for modifications to the system.

With a stronger financial outlook for FAS, Dean Michael D. Smith says he can now focus on promoting his “teaching and learning” initiative.

Faculty Notebook: Parliamentarians and All That Jazz

Harvard faculty continue to look nervously at snacks that disappeared from faculty meetings in the wake of the 2008 financial crisis.

Having joined Harvard only a few months ago, Provost Alan M. Garber ’76 called reforming the Harvard University Library system his “number one” priority at Tuesday’s meeting of the Faculty of Arts and Sciences.

The Harvard University Library will restructure the organization of its 73 libraries, according to an announcement by Provost Alan M. Garber ’76 on Wednesday. 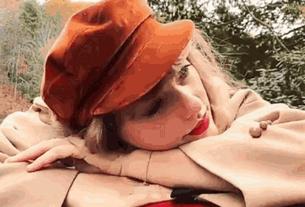