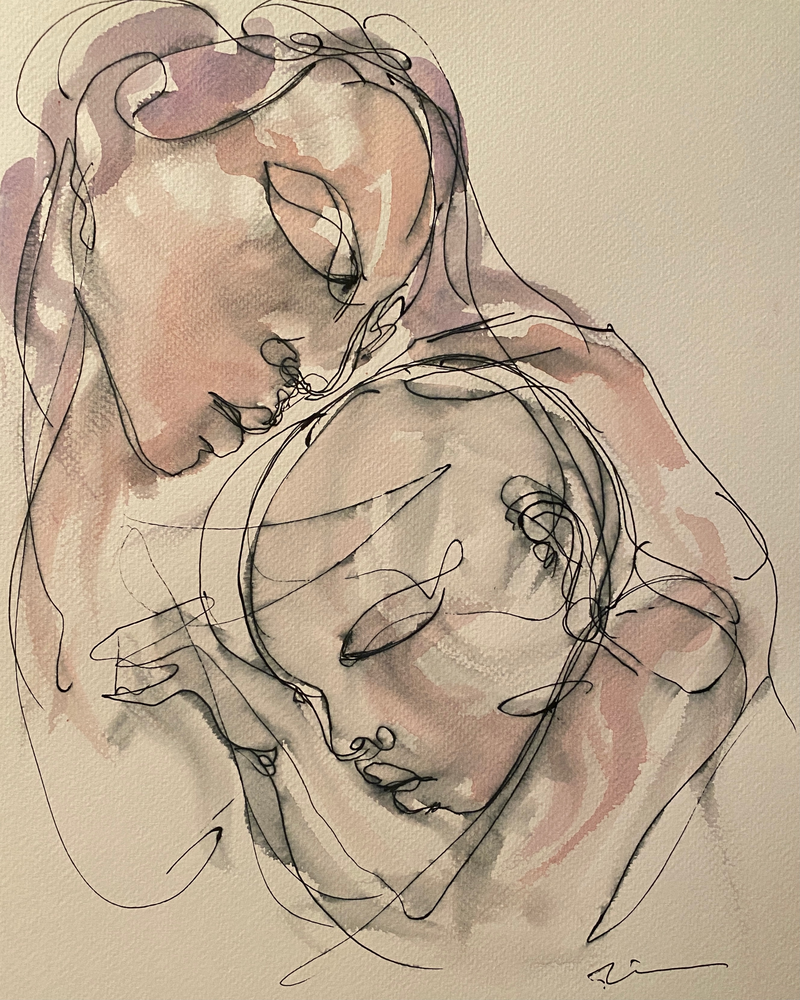 No one looks at me anymore. A curse threatens me and my lineage now that my body is alone. I do not know why they do not find me, why I am not lying in state in private made by those who love me. I hide beneath the hull where no one can find me. I hid because I thought I needed it. I saw a small monkey once crawl into a hole under a tree. I found him the next day, his breath was gone too. There is nowhere else to go but seek protection from the hell where protection never existed in the first place. I did not intend to be forgotten with the urine and the feces and the vomit. I am not sure if they know I am here or if they think I had fallen into the dark waters. My body is no longer hot. My breath has escaped, and it is cold. In fact, I am cold. I think my body follows the rocking of the ship. Rigor mortis hasn’t yet released its grip. My eyes are closed too. Sleep would be the comfortable explanation. Sleep would be the reality I prefer. Reality no longer exists. It never did.

No one looks at my soul either. I never expected that they could — I roam the deck as a breath, escaped from the mouth that never dissipated into the atmosphere, but my breath struggles to be released. There is no place for me to be buried. There is no family who would send me to the ancestors. They have all forgotten. My family that does not know they are my family because I left too soon. The man who is my father who isn’t my father waits for me. It’s only a matter of time until he discovers where I have gone.

They tried to wail like they knew they should even though they could not confirm I was gone, but the white men with the lashes forced them into silence before they could loosen their jaws. The wails that are unable to escape sound like sharp rocks tearing them from inside of their stomachs. My family that does not know they are my family have no means to search. They are all too big to crawl. There is one white man small enough to fit. He sometimes comes down at night with the big one and takes my sisters’ bodies. But the white men don’t search for me. My body offers nothing more for them now that my breath has escaped.

My breath suffocates as the days go on, as I wander the ship, trying to swallow the breaths of others left in the air, but nothing comes into my mouth. I follow the man, the man who I meant to be my father. He meant for me to be his son. We never spoke, but he was my father. He cried for me, but he soon stopped and instead wanders too, but he walks in his body. He was the only one who wailed for me, but he can do no more. Not until he finds me. I attempt to run towards him every time he rises to the deck to tell him through my eyes where I am, but he moves too quickly, they all do. My legs strain like they’re stuck in water. I wish they were. The white men won’t let them wonder where I am. I am left. I am lost. I am afraid. They, the white men, do not know what fear is. They never will. Their ancestors never will know what fear is. My fear evades me, floating just before me, where I can neither grasp it nor throw it off the ledge of the boat to be condemned in the wake.

I see the light in the sky beyond the clouds. The soul never dies even when the body has, but I require a transition, a transformation into a world unseen, a world of souls turned ancestors to be saved. To be remembered. They beckon, but without the Earth, I cannot escape.

—Maxwell A. Gillmer ’21’s column “Death Business” is an anthology of short stories, recounting fictionalized narratives inspired by true entries from the Trans-Atlantic Slave Trade Database. Each installment follows the story of a new individual — some named, some unnamed — on a different voyage from Africa to the Americas. This installment is based on the vessel “Vine.” Voyage ID: 9964