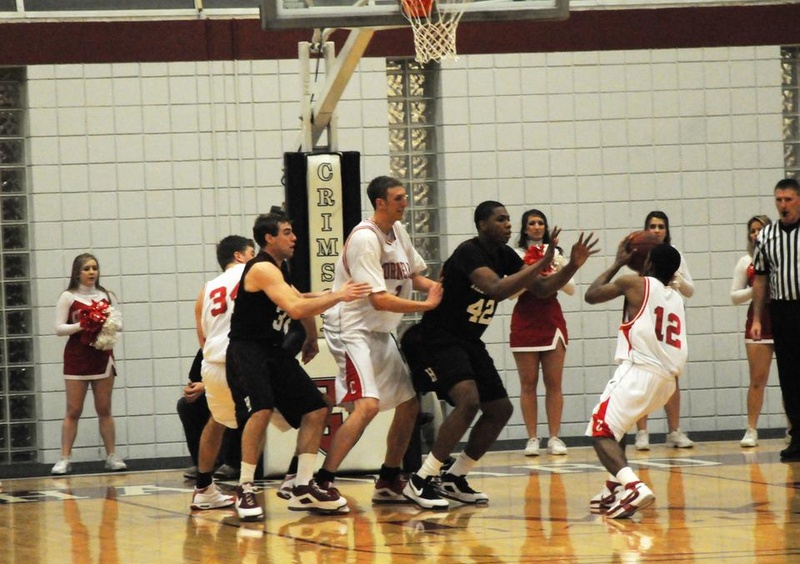 The future of Crimson men’s basketball has arrived.

Though last year’s group of freshmen—Harvard coach Tommy Amaker’s first recruiting class—came in with numerous accolades and high expectations, they did not overwhelm the competition. Battling injuries and illnesses that limited their effectiveness, the rookies turned in a solid, rather than spectacular, first season. Capitalizing on the Harvard brand name, Amaker and his staff outdid themselves with another high-quality batch of recruits. The members of the class of 2013 will make an immediate impact this season, not to mention form a sound nucleus for the next four years in Cambridge. “It was a good recruiting class,” says Dave Telep, the Scout.com national recruiting director. “I think every one of those guys has the capacity to contribute early.”

The newcomers have embraced the responsibility of turning around the only Ivy program never to win a league title. “I love the fact that we get to make history at Harvard,” point guard Brandyn Curry says. The players, many believe, have fallen into place. “I think the program has enough talent in it to win the Ivy League right now,” Telep says.

Any discussion of the incoming freshmen must begin with Kyle Casey. A local product—he started three straight years for Brimmer and May School in nearby Chestnut Hill, Mass.—the 6’7 forward provides the Crimson with immense versatility on both ends of the floor. Able to impose his will by posting up small players, Casey can also take defenders off the dribble or drain shots from behind the three-point line. New England Recruiting Report describes him as having “the body of a forward with the skill set of a guard.” The focus of Casey’s initial development will be taking advantage of his size down low before moving him to the outside. “We envision him being a post and perimeter [player],” Amaker says, “but right now he’s more locked into learning the post area. Hopefully as we keep moving forward with his progress, he’ll play both.”

Perhaps Casey’s most welcome attribute is simply his athleticism—something Harvard has long been lacking. Fortunately, the new member of the Crimson has it in spades, as his vertical jump of 38 inches and multiple slam dunk contest victories (footage available on YouTube) indicate. “[The] guy, because he’s such a gifted athlete with great rise and great bounce, is going to present a lot of problems for guys in the Ivy League,” Telep says of Casey.

He should also shore up Harvard’s main weaknesses—defense and rebounding. Casey averaged five blocks per game as a senior to go along with nearly 20 points and 12 rebounds per game. Having spurned schools such as Stanford to join the Ivy League, Casey has been predicted by numerous publications as the favorite to win Ivy League Rookie of the Year. “He does things no one else on this team can do,” star co-captain Jeremy Lin says. Avoiding injuries will be key, as Casey has already sustained a mild concussion in the preseason.

The other Harvard rookie projected to take home some hardware of his own is Brandyn Curry. Tapped to be the league’s newcomer of the year by Yahoo! Sports, the 6’1 Curry was ranked by Scout as the 22nd best point guard in the nation—and the second-best player at his position in the state of North Carolina. “Consummate leader,” Telep labels him. “I think Brandyn Curry’s an All-Ivy League point guard someday…He has a great capacity to lead a team.”

A skilled lefty scorer and distributor of the ball, Curry is heralded as Harvard’s floor general of the future. The Hopewell High School graduate averaged 15 points, six assists, and three steals a game during his senior season to lead his team to a 29-1 record. He chose Harvard over Pennsylvania, Stanford, and William & Mary.

According to Amaker, Curry is capable of playing either guard position. Expect him to push fellow backcourt inhabitants, Lin and sophomore Oliver McNally, to see the floor. But playing time is the last thing on his mind. “I’m just worried about doing the role [Coach Amaker] gave me and learning the system,” he says. That shouldn’t take too long. “Ridiculously high basketball IQ,” Lin says of the freshman. “He has a natural feel for the game, and that’s pretty rare.”

Highly touted coming out of high school, Curry and Casey will be thrown in the mix right away. “Those guys are mid-major guys who signed in a low-level league. We expect big things out of them,” Telep says. But by no means is the class of 2013 a two-man show. The headliners are joined by a talented trio of classmates.

The Maryland Gatorade Player of the Year, Christian Webster should see the floor quite a bit as a freshman. “A wing, who I think, in time, plays a big role at Harvard,” Telep says of the 6’5 member of the Washington Post All-Metropolitan team. Current Harvard sophomore Max Kenyi and Amaker were both former All-Mets—the former in 2008, and the latter in 1982. Webster’s father played in the Capital Classic that year with Amaker.

Described by ESPN as having “very impressive athleticism and quickness,” Webster will be expected to provide an offensive spark as a slasher and shooter. “He has a knack for making outside shots and scoring the ball,” Amaker says. According to Andy Luther, his coach at Landon High, Webster was his league’s leading scorer and rebounder for three years. “He did just about everything you want your best player to do—and then some,” Luther says.

A high-character leader on and off the court, Webster took his program from six wins his sophomore year to achieving its first Washington Post Top-20 ranking in more than a decade. He comes to Harvard with hopes of catalyzing a similar turnaround. “He went from being the best player on a really bad team, to…one whose role was shared a little better on a championship team,” Luther says. “I think he sees a lot of that as a possibility…at Harvard. He can certainly help do some of the things that have happened here at Landon.”

Webster is joined in the backcourt by Dee Giger, a 6’6 shooting guard from the Christ School in North Carolina. A sharpshooter with impressive length, he’ll be expected to spread the defense and knock down shots from the outside. “At that height—I’d suspect, in the Ivy League, there’s probably not a ton of 6’6 guards. He’s going to have the ability to shoot over a lot of guys,” says David Gaines, Giger’s high school coach. “As a fit, I think coming out of high school, he had a pretty nice skill set.”

He also knows how to compete and win. Giger was an integral part of a prep powerhouse that took home several state championships,and played with multiple future Division I recruits, including a pair of freshmen at Duke. “He’s been challenged day in, day out for three years here,” Gaines said. Giger was the first recruit of the group, having committed early in July 2008.

Texan Jeff Georgatos rounds out the class. Having turned down several other Ivies to come to Cambridge, the 6’8 forward will be a vital piece in upgrading the Crimson frontcourt. Georgatos is an aggressive post player who also has the ability to knock down the outside shot. “He can finish with both hands; he’s got excellent footwork; he can rebound the basketball,” says his coach from Episcopal School of Dallas, Corey Henderson. “Probably the best thing he does is shoot the ball…whether it’s on the block with a turn-around jumper, [or] out on the perimeter.”

Coach Amaker has preached the imperative of paying respect to one’s elders, and the freshmen have heeded the message. “You take a back seat and listen to what the older guys are telling you to do, because they’ve been through it, and they actually know what they’re talking about,” Casey says.

But with only four upperclassmen on the roster, the Crimson will need its young talent to earn some respect of its own. “We’re here for a reason—we came to play,” Webster says. And that reason is clear.

“Ultimately we want to start off winning the Ivy League and advance in the NCAA…and make Harvard a basketball school,” Casey says.

—Staff writer Dennis J. Zheng can be reached at dzheng12@college.harvard.edu.

From High Heels to High Tops