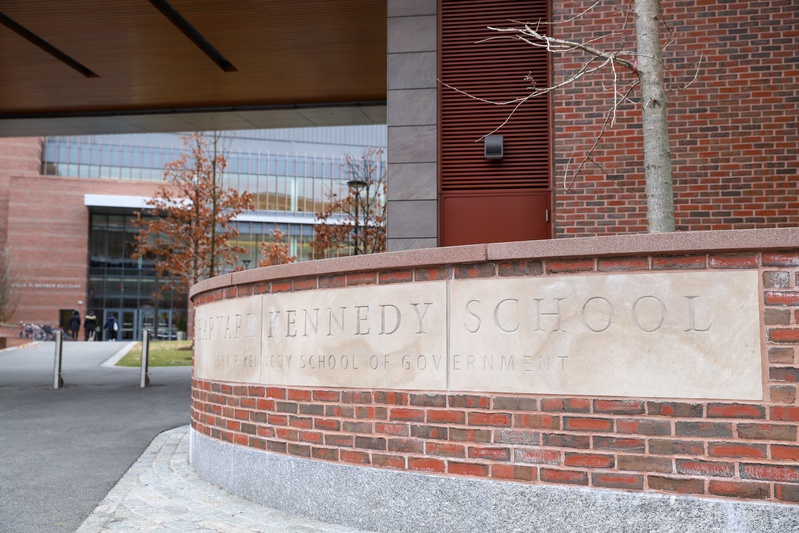 Top newspaper editors at daily regional news outlets discussed the shift to digital journalism and the business challenges they face at a panel hosted by the Harvard Kennedy School Shorenstein Center on Media, Politics, and Public Policy Tuesday afternoon.

McGrory said local newspapers were forced to “rebuild a new business model on the fly and newsrooms have had to be more in sync with the business sides of all our news organizations” than ever before because of the collapse of the traditional model.

“For the first time in modern journalism, the journalism that people read is more reliant on the actual readers for revenue than ever before,” he said. “We used to be more reliant on advertising revenue, and subscriptions were almost just kind of icing on the cake.”

According to McGrory, the Globe “can no longer afford to be the paper of record.”

“We need to be the paper of interest,” he said. “There’s incredible competition for people’s time, and their pocketbooks, and their attention.”

“If the Globe is not interesting, searingly relevant, provocative on a day-to-day basis,” McGrory warned, “we’re simply not going to survive as a news organization.”

Stewart said Gannett, his media company, is “focused squarely on accelerating the growth of digital-only subscribers.”

“We’ve been working to do that by focusing on the kind of local journalism that readers value: unique and exclusive storytelling, with an emphasis on enterprise and investigative work,” Stewart said.

The Seattle Times also significantly depends on its readership, with 70 percent of its revenue coming from subscribers, according to Flores.

She said the coronavirus pandemic helped the Seattle Times increase its number of subscribers because “there was such a craving for news.”

Escobar, of the Philadelphia Inquirer, said that maintaining a print edition is “critical for us now, maybe actually too critical.”

“We’re still publishing seven days a week,” he said. “The simple reason is that it’s still helping with the revenue.”

When asked by Preston how the newspaper navigates the balance between the interests of its donors and its own impartiality, Flores said they are “really honest upfront about the need for us to maintain our independence.”

“The only way we’ll succeed is if we have credibility and trust in all of our readers,” Flores said. “Almost all of the funders really get that.”

“There have been a couple who said they got it, and it became clear down the road that they didn’t,” she added. “We’ve parted ways with those funders.”

The panelists also discussed how they moderate their online platforms’ comment sections, which can include offensive language.

The Globe has “a lot of smart commenters,” but also “people who are there to vent in ways that are not reflective of larger life,” McGrory said.

“There is an expectation — the small-d democratization of the news media — that people should have a say, and people do read these comments,” he said.

Escobar said the Philadelphia Inquirer has stopped commenting altogether. Flores said the Seattle Times turns off comments on articles “of a sensitive nature.”

“Sadly, people can’t behave on any story that has to do with race,” she said.

Paul L. Choi to Lead Harvard Board of Overseers