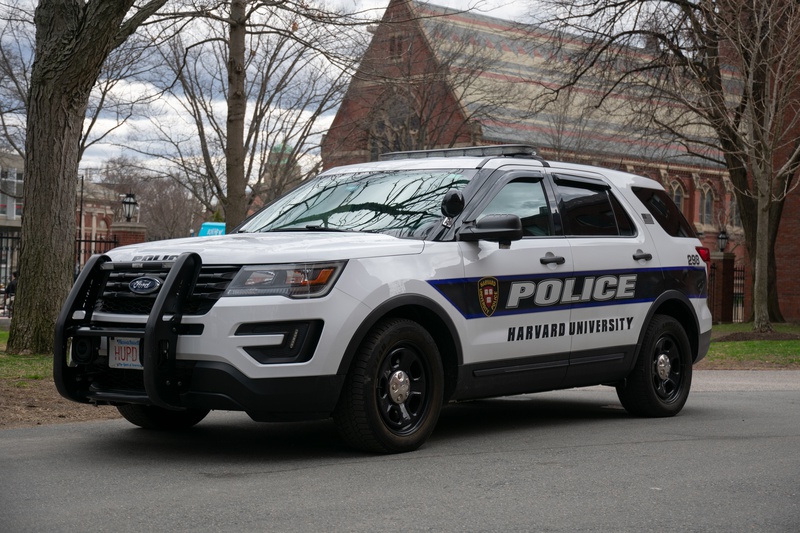 Clay’s remarks came at an event called “Who Is Policing the Police?” that featured a panel of law enforcement experts.

“I don’t understand why we, as an industry, we haven’t turned a corner and sort of moved the needle into the 21st century,” Clay said at the event. “The way some cops right now are being trained reminds me of the way I was being trained in the ’80s.”

“We have to start that change process, I don’t know why it’s so difficult,” he said. “It starts at the top. It starts with me here at Harvard.”

Clay, who took over as HUPD chief in July, said he supports police reform “100 percent,” adding that modern-day police recruitment materials should focus on compassion and emotional intelligence, rather than toughness.

“I also think before we talk about defunding, reimagining, reallocating funds — all those, what have become slogans now, in some cases — we need to have a system behind that to support the police,” he said.

“There needs to be more mental health professionals out there on a 24-hour basis to respond to those calls as well. There needs to be after-school programs and job programs for folks that are out there that are struggling,” Clay said. “The systems that were in place that supported the police no longer exist.”

The event — part of the Presidential Initiative on Harvard and the Legacy of Slavery launched by University President Lawrence S. Bacow in November 2019 — was co-sponsored by the Harvard Generational African American Students Association, a student-run organization devoted to fostering inclusion among Black students and raising awareness on issues arising from the legacy of slavery in the U.S.

“One of the things that I hear from abolitionists — that I think that many police officers agree with — is that we are asking police officers to do too much,” Rau said. “There are ways to further public safety that have nothing to do with enforcement. There are forms of criminalization that everyone agrees do nothing to keep people safer.”

“Historically, there has been structural racism within policing — none of us can sit here and say that that doesn’t exist,” Lopes said. “What we have to do is really start having these conversations from within and making sure that we can address the structural racism from within our respective law enforcement agencies.”

In an interview following the webinar, Lopes said he hoped student attendees would come away believing that empathy-based policing is possible.

“Policing works when it’s done right, when it has a community engagement focus,” Lopes said. “When policing is done with the lens of empathy and inclusion, there’s so much that we can do together to make communities more safe.”