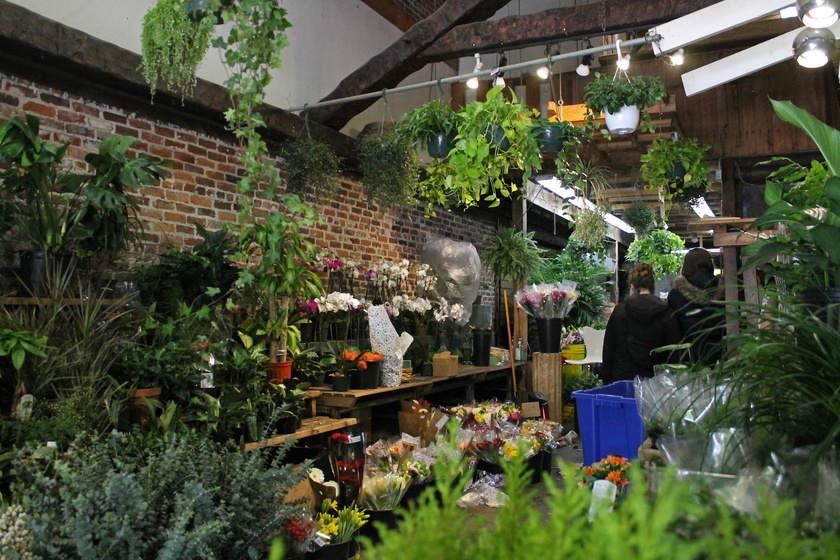 At Brattle Square Florist, It's All About the Feelings

Loyal customers, hating to see the flower shop close, rushed to the phones and through the doors. “Phone calls were off the hook,” says Zedros. “It was like Valentine’s Day volume, phone calls coming in from people wishing us well.”

Last month, the Brattle Square Florist nearly closed its doors forever. Now, thanks to a surge of community support and the dedication of owner Stephen B. Zedros, the beloved Harvard Square business is continuing its operations.

When Zedros’s grandparents immigrated from Greece, they opened Gomatos Brothers Fresh Produce in 1917, a produce shop that sold flowers on the side. The success of that store led them to found Brattle Square Florist in 1973, which has since been passed through the family — first to Zedros’s uncle, and then to Zedros and his mother.

The family had owned the business for 90 years before selling it to Randy R. Ricker, with Zedros still staying on to assist with operations.

“My uncle was retiring, my mother was getting older, so we sold the business to Randy Ricker,” Zedros says. “He helped me do daily activities for the store.”

But in January 2021, after nine years, Ricker announced that he had made the decision to close Brattle Square Florist, citing rising expenses and the daunting conditions of the pandemic.

“[Ricker] wants to retire and he’s exhausted — this is a tough job,” Zedros says.

Loyal customers, hating to see the flower shop close, rushed to the phones and through the doors.

“Phone calls were off the hook,” says Zedros. “It was like Valentine’s Day volume, phone calls coming in from people wishing us well.”

Touched by the “huge outpouring” of support from the local community, Zedros decided to “try to set up a deal to keep the store alive.”

“I really needed and wanted to save the store because it’s been my family for so long,” says Zedros said. “One hundred and five, 107 years we’ve been running a store, and it just really needs to stay.”

The Brattle Square Florist is now still in business —, and operations have continued uninterrupted into February, with the busy Valentine’s Day rush just around the corner.

Denise A. Jillson, the executive director of the Harvard Square Business Association, says that this outpouring of support “really speaks to Harvard Square as a beloved business district.”

Since 70 percent of the businesses in the district are locally owned and independent, Jillson says, “the owner is right there at the point of sale or behind the counter, stocking the shelves.”

Jillson also points to the legacy of a store like Brattle Square Florist and the feelings established with the community when a store is around for so long.

Elaine J. Kim ’23, a loyal customer of Brattle Square Florist, gave the store a thank you note when she heard the news of its closing.

Kim explains that she would usually opt for flowers to show her appreciation, but then realized that Zedros “was the one person in this town that I couldn’t get flowers for.”

Kim, who is involved with the performing arts at Harvard, says she keeps “little cutouts of dried petals and a piece of the packaging” from the store’s bouquets she receives after shows.

“I just associated a lot of warmth and my most special memories in the theater with flowers from Brattle Square Florist,” she says.