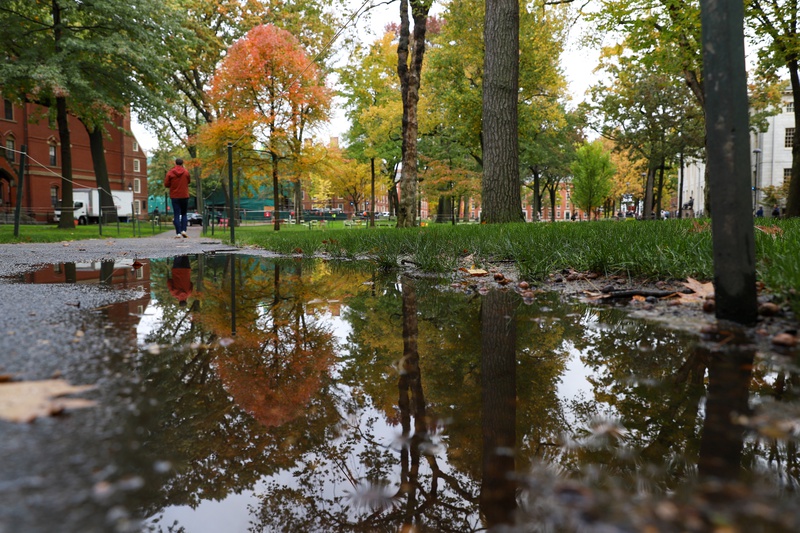 Harvard Yard is home to most of the first-year dorms on Harvard’s campus.

Professor of Economics Isaiah S. Andrews won the John Bates Clark Medal earlier this month for his contributions to the field of econometrics.

The Clark Medal is awarded annually by the American Economic Association to an economist under the age of 40 “who is judged to have made the most significant contribution to economic thought and knowledge,” per its website.

Jeremy C. Stein, the chair of the Economics Department, described Andrews as a “phenomenally talented person.”

“It's all the more extraordinary that he got this award because it's for the best economist under 40,” Stein said. “Usually people win it when they're close to 40.”

Andrews said he was stunned when he learned he was receiving the prestigious award.

“I was pretty stunned,” he said. “I was very much not expecting it so it was a huge surprise — obviously a very pleasant surprise, but a huge surprise.”

But Ashesh Rambachan, a Ph.D. candidate advised by Andrews, said he was not surprised to learn of his advisor’s achievement.

The awards committee outlined three major aspects of his work that have made a significant contribution to the field of econometrics. He was acknowledged for developing statistical tools that allow economists and policymakers to estimate the effect of changing parameters on a model’s output; demonstrating the significance of publication bias on a study’s findings; and making inferences “in the presence of weak identification.”

“One of the ideas I think behind the prize is that he's somebody who not only works on this stuff, but he's really very willing to collaborate with people who are not just pure econometricians.” Stein said. “He's really interested in kind of improving the use of data in policy applications.”

Both Stein and Rambachan emphasized that Andrews’ contributions to academia extend beyond his research.

“He's only been in the department a few years but he's already one of the best mentors, advisors, colleagues.” Stein said. “Just a phenomenal colleague in every way.”

“He's just a really really a great role model for what it means not only to be a good researcher, but to be sort of a good member of the academic community and that's something really important about who he is,” Rambachan said.

—Staff writer Kate N. Guerin can be reached at kate.guerin@thecrimson.com.