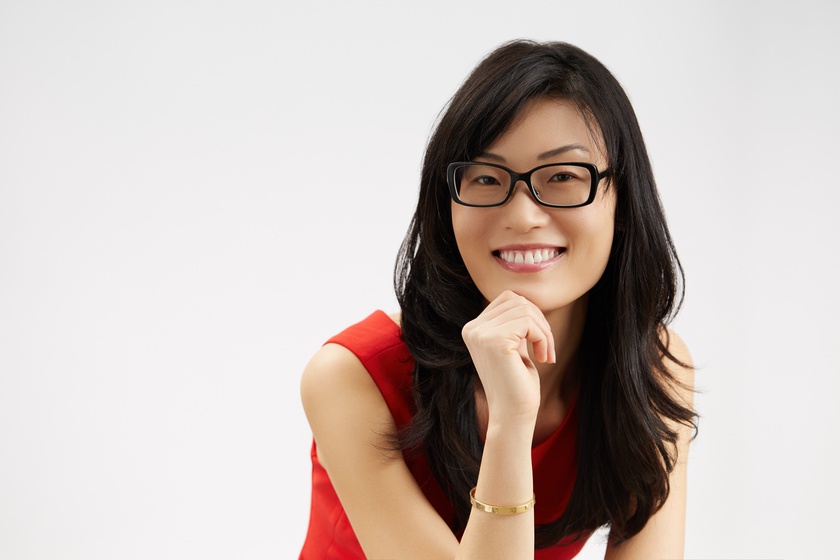 Courtesy of Kelly Yang Kelly Yang is a best-selling author and alumna of the Harvard Law School.

The Justice of Writing: Kelly Yang’s Story of Survival

Now a New York Times-bestselling author, Yang’s numerous “about me” blurbs online simply say she gave up law to pursue writing, but they don’t tell the whole story. Yang herself experienced sexual assault when she was a first-year student at HLS. She lost faith in the legal system after the Law School, which she had viewed as a symbol of justice, declared her assaulter not guilty and investigated her instead. “Parachutes” is the culmination of the 17 years she spent rebuilding her identity and courage after the assault, she says.

On May 26, 2020, Harvard Law School alumna Kelly Yang published “Parachutes.” The young adult novel tells the story of a girl named Claire, from Shanghai, China, whose parents send her to study at a high school in California, and her American host student, Dani. In the book, both girls experience sexual harassment.

Now a New York Times-bestselling author, Yang’s numerous “about me” blurbs online simply say she gave up law to pursue writing, but they don’t tell the whole story. Yang herself experienced sexual assault when she was a first-year student at HLS. She lost faith in the legal system after the Law School, which she had viewed as a symbol of justice, declared her assaulter not guilty and investigated her instead. “Parachutes” is the culmination of the 17 years she spent rebuilding her identity and courage after the assault, she says.

Yang was only 18 years old at the time of the assault, having graduated from University of California, Berkeley at 17. She had never been to Boston before arriving at HLS, and from afar, she says she saw the school as a place that promoted justice and safety. “I wanted so badly to go because of what Harvard represented, and I thought that it was going to provide me the best possible education,” Yang says. “As my mom said, ‘Nothing bad can happen to her there. It’s literally Harvard Law School, the safest place in the world right here in the pursuit of justice.’”

Never “in a million years” did Yang expect to experience sexual assault at an institution she had so highly revered, she says. But what made her faith in the Law School crumble was the aftermath.

Before she formally filed a complaint, the two-and-a-half years following the assault were “torture and terror,” she says. She visited a University nurse to test for rape. She filed an anonymous police report. She moved to a different on-campus building. While she was trying to keep up academically, she felt as if she were “tiptoeing” around campus and “looking over [her] shoulder all the time.” After her first interview for a position at a law firm, she left feeling confident about her performance, only to see the man who assaulted her next in line.

When Yang finally filed a formal complaint in 20o5, she says the trial and cross-examination process was “complicated and very intimidating.” Overseeing the trial was the Harvard Law School Administrative Board, a group of administrators and faculty members that investigated sexual assault complaints at the time.

According to Yang, the board required her to sign a form saying she would not bring the case to the police.

After the board found the man who assaulted her not guilty, Yang says it started to investigate her for malicious prosecution, telling her that she would not be able to graduate if found guilty. The board said it would drop its investigation into her if she stopped pursuing her complaint, according to Yang.

The whole process felt deeply misogynistic to her, she says. After the board found her not guilty of malicious prosecution, she says one member on the board told her to “Move on.”

“What I realized very quickly was, there was much more priority of protecting the brand and trying to not really get to the bottom of what happened,” Yang says.

Yang says the community’s reverent attitude toward the School contributed to the culture of silence around sexual harassment and the unwillingness of survivors to come forward with their experiences. “I really thought that part of the problem with law school at Harvard was how intimidating it was and how hard it was to speak up, because everyone had this complete, almost worship attitude towards the institution,” Yang says.

Her mental image of the school “disintegrated” after her experience with the Ad Board. “I could not in good conscience really believe strongly in the legal system after that,” Yang says. “Going to the most revered legal institution in the world, having been treated this way, how can you hang on to that belief that the legal system works and is supposed to protect the vulnerable?”

After her graduation from HLS, she began to move away from law entirely and pursue writing instead. She moved to Hong Kong and founded the Kelly Yang Project to teach writing to students in Asia. Over the course of the 15 years she spent there, Yang says she had to “reinvent” her identity in the wake of her experience at HLS. “I spent a lot of time sort of putting my life back together,” she says.

In Hong Kong, she was finally able to feel safe and distance herself from the assault. “It was the most amazing experience,” she says. “You really get away from feeling that you're unsafe.”

Unaware of the extent of the problem at HLS, she mostly stayed silent about the assault until 2014, during investigations launched by the U.S. Department of Education’s Office for Civil Rights into potential Title IX policy violations at HLS and Harvard College.

In 2010, New England School of Law Professor Wendy Murphy had filed a Title IX complaint against HLS for violations pertaining to the school’s handling of sexual assault cases, prompting an investigation into HLS’s Title IX policies and procedures by the OCR.

In March 2014, two undergraduate students filed a similar complaint with the OCR against Harvard College, alleging that the College violated Title IX policies. Among other stipulations, the complaint requested the College Ad Board to lower its burden of proof to the “preponderance of the evidence” standard, which requires only more than 50 percent certainty to determine the guilt of an alleged perpetrator. The existing policy had required the Ad Board to be “sufficiently persuaded” before disciplining a student accused of assault.

Four months later, Harvard announced new University-wide Title IX regulations and a new Office for Dispute Resolution, and lowered the burden of proof to the “preponderance of the evidence” standard. In October of that year, however, 28 HLS professors penned an open letter to the University criticizing what they saw as the “failure to ensure adequate representation for the accused,” claiming the University’s new definition of sexual harassment “goes significantly beyond Title IX and Title VII law.”

Law School faculty voted that December in favor of a set of Title IX procedures that would break from University-wide policies, but at the end of the month, the OCR found the Law School in violation of federal Title IX regulations for sexual harassment policies in two student cases of sexual assault.

In a 2020 Medium article, Yang recounted crying while she read the Department of Justice’s report, having felt alone in her experience for the past decade. “Reading the report was like turning on a light in a dark cave; I had no idea there were others,” she wrote.

The federal government provided feedback and approved the Law School’s separate Title IX procedures; unlike the University-wide policy, the HLS policy stipulated that complaints would go through a separate, Law School-specific process, rather than the University’s Office for Dispute Resolution. Law students would also have access to an attorney paid by HLS, and an adjudiary panel of people not affiliated with Harvard would determine the verdict.

HLS spokesperson Jeff Neal wrote in a statement Monday that the Law School works to promote a safe environment at the school, but that HLS does not comment on individual cases.

“We take allegations of sexual harassment seriously, and in partnership with the University, we’ve worked hard to develop robust Title IX policies and procedures, as well as a series of educational programs and supportive mechanisms for community members, both to deter sexual misconduct and to respond appropriately when it happens,” Neal wrote. “In accordance with federal law and longstanding HLS policy, we cannot discuss matters pertaining to individual students.”

Empowered by the knowledge that she was not alone, Yang says she finally felt ready to share her story of sexual assault — but through fiction, instead of memoir. According to Yang, fiction was a “liberating” medium because it allowed her to separate herself from the trauma of the experience while still telling the story.

“If I were to write a memoir of what happened to me, I think it would be a lot harder for me to do because I would have to really put myself back in that room,” Yang says. “But something about fiction, the fact that it is not me, but this girl Claire and this girl Dani, it actually frees me up to write really truthfully.”

In the novel, Claire and Dani both speak out about their experiences with sexual harassment, but people around them don’t believe them. Nonetheless, they are able to find solidarity in each other. Yang says a particular line from the book — “your voice is your armor” — is an idea that helped her endure her own experience, especially during her ad board hearing at HLS.

“Being in that room, being able to speak my truth, and look the person who did this in the eye and tell him, ‘this is not okay,’ tell the administration that is not okay, was a big game changer for me,” Yang says.

Though Yang has still not received any formal acknowledgement from HLS, Yang encourages other survivors to come forward with their experiences in order to change the culture around sexual harassment.

“I think it really takes all of us speaking up. And I know it’s really daunting, but that courage — let me tell you — it is so worth it,” Yang says. “I believe that your voice is your armor, and when you use it, it’s almost like a superpower.”